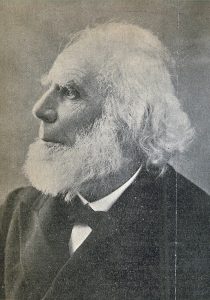 The American Medical Women’s Association (AMWA) has formed the Henry Blackwell Circle, a group reflecting diverse allies who are committed to working collaboratively with other interested stakeholders to advance opportunities for equity and inclusion for women physicians and to sustain organizational growth.

This membership community grew out of discussions around gaining representation in support of the #HeForShe movement and recognizing Men for Equity among our member supporters. Just as Henry Blackwell set the example over a century ago, there are many men who are committed to standing with women physicians to gain pay equity and just advancement. Join the Henry Blackwell Circle in 2021 as a founding member and consider supporting our 28% Pay Equity Campaign (the gender pay gap reported by Doximity) with a $28 donation.

Principled advocacy on behalf of women in medicine to advocate for or strive to achieve equity in the following domains:

Who Is Henry Blackwell?

AMWA named our member development group for Henry Blackwell (1825-1909) in recognition of his ideals as an early supporter of women, an abolitionist, and a social activist. He married Lucy Stone, a prominent suffragist and abolitionist, and together they became leaders within the suffrage movement. Henry was a sibling to Elizabeth Blackwell, MD, the first woman to earn a medical degree in the United States, and Emily Blackwell, MD (the third woman to do the same). He was first a benefactor of the Woman’s Journal, published in Boston, Massachusetts, and then the editor until his death.

Below is a passage from Henry Blackwell’s first woman’s rights speech in 1853:

“In one of the letters read this morning, it was suggested that women’s cause should be advocated by women only. Yet, I feel that I owe you no apology for standing on this platform. But, if I do, this is sufficient, that I am the son of a woman, and the brother of women. I know that this is their cause, but I feel that it is mine also. Their happiness is my happiness, their misery, my misery. The interests of the sexes are inseparably connected, and in the elevation of the one lies the salvation of the other.”