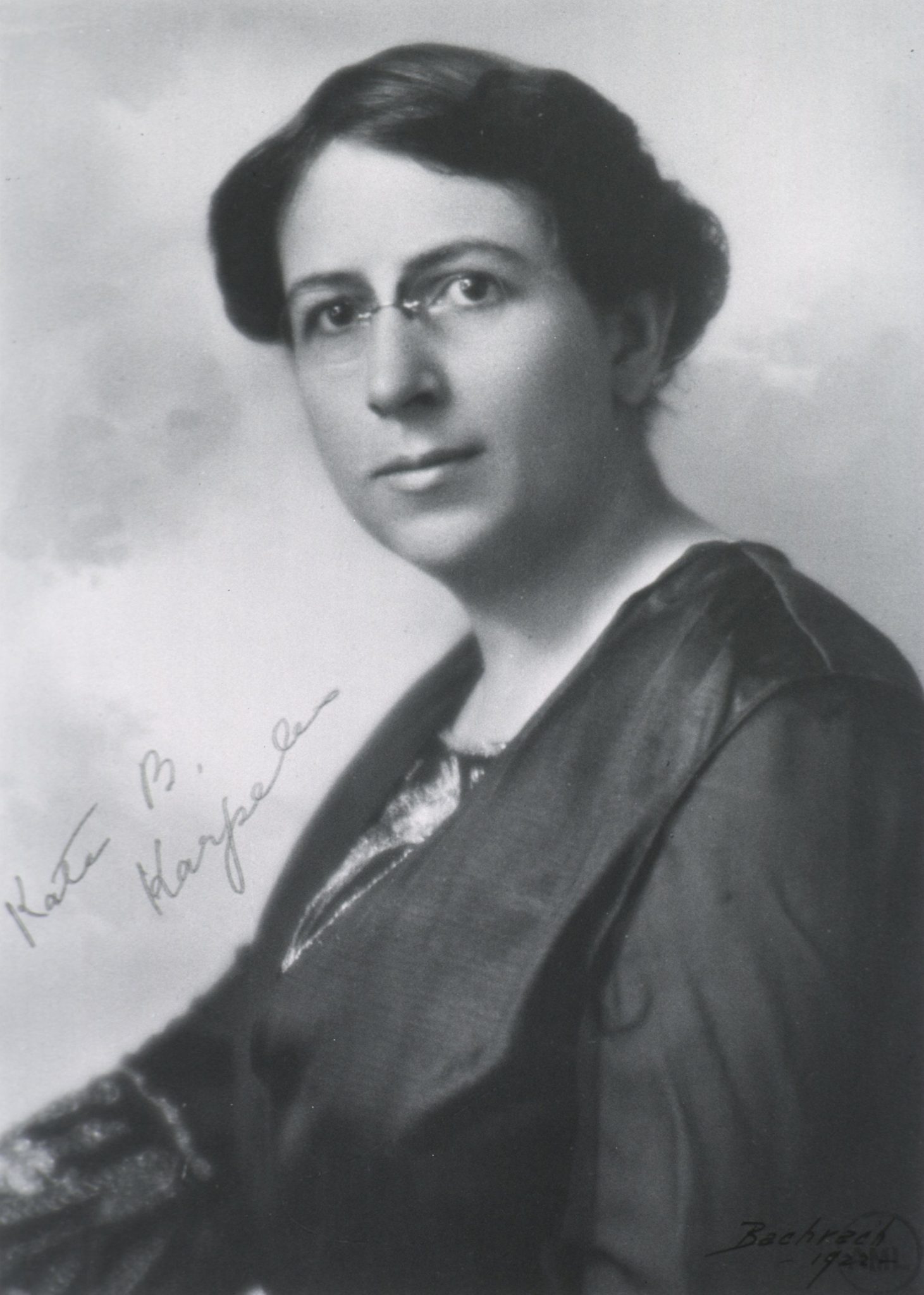 Dr. Kate Bogel Karpeles, a graduate of Johns Hopkins Medical School in 1914, was the first female doctor to sign a contract with the United States Army, 1 during World War I.

Karpeles followed in her father’s footsteps and, with his encouragement, became a physician. After completing an undergraduate degree at Goucher College in Baltimore,  Karpeles chose to attend Johns Hopkins University for medical school, which was well known for maintaining the highest entrance requirements and was the first medical school in the United States to require a bachelor’s degree prior to matriculation. After graduating from Johns Hopkins, Karpeles had a difficult time obtaining an internship due to her gender. She applied to several hospitals in the Washington, D. C. area, including Children’s Hospital and Columbia Hospital (which specialized in obstetrics and gynecology), but neither would accept a female intern. When the Woman’s Medical Society of the District of Columbia pressured Garfield Memorial Hospital to address the obstacles encountered by women seeking internships, the hospital elected to administer competitive examinations for prospective interns and allow women to participate. Karpeles, then known as Dr. Kate Bogel, which was her maiden name, was offered and accepted one of the internships  although this hospital was perceived to be of a lower standard than was expected for the training of a Johns Hopkins graduate. While hospital staff initially contested a female intern “on principle”, when she arrived, Bogel demonstrated her extensive knowledge and strong skill set as the first woman intern at Garfield Memorial Hospital. Following her performance at Garfield Memorial Hospital, Bogel was offered an internship at St. Elizabeth’s, which was a government-run facility for treating patients with mental illnesses.

Bogel began her journey of balancing family life with her surgical career when she married a doctor from Garfield Memorial Hospital, Dr. Simon R. Karpeles, in 1916, gave birth to a daughter, and established a private practice. Karpeles’ army contract was dated March 9, 1918 and was identical to those signed by male contract surgeons – they received pay equivalent to that of an army first lieutenant until the army terminated their contract and were required to serve where the army stationed them. Karpeles was assigned to the army emergency dispensary of the War Department in Washington, D.C. where she served as an assistant surgeon. Following the termination of her contract in 1920, Karpeles gave birth to a son, maintained her private practice, and upheld her affiliation with Garfield Memorial Hospital while her children grew up.

As Karpeles’ career continued to progress after WWI, she spent much time mentoring young female physicians and demonstrating that women could maintain successful careers as doctors and sustain a close-knit family. She served as the medical advisor to female students at the University of Maryland and was an active member of the American Women’s Medical Association (AWMA). In 1938, Karpeles was elected president of AWMA, and one of her main goals for the organization was to increase its membership. Additionally, as AMWA president, she advocated for equal treatment and pay for men and women in the US military. In a 1936 lecture at the University of Maryland on how women could be mothers, wives, and work outside the home, Karpeles instructed her audience that women should carefully budget their time and energy, as well as pay particular attention to their health. Karpeles’ three keys to success as a mother, wife and doctor, are sleeping for eight hours each night, eating three healthy meals a day, and leaving work dealings at the office so as to treasure family time after hours.

To commemorate their service in WWI, Dr. Kate Bogel Karpeles is buried next to her husband, Dr. Simon R. Karpeles in Arlington National Cemetery.