With the ever-growing involvement of women professionals in science and healthcare, American professional societies have seen an upturn in female leadership as well. In honor of National Women’s History Month 2019, here are some women trailblazers of the past year:

As President, Dr. Kraft’s platform revolves around empowering pediatricians in the community. She hopes to do this by disseminating new scientific knowledge from the AAP throughout the community, and implementing it in pediatric practices. She is also an advocate for supporting early intervention programs such as the Head Start National Center on Health through education and training on childhood health issues. 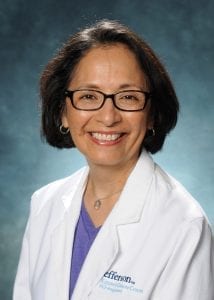 In leading this national organization of internists, Dr. Lopez’s professional interests include cancer prevention, integrative oncology, innovations in healthcare, and issues in women’s health. She is also interested in advancing equity in health, demonstrated through her recent role as Associate Vice President for Health Equity and Inclusion at the University of Utah Health Sciences Center. 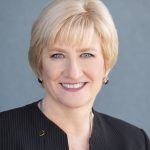 Dr. McAneny’s platforms focus on the three strategic arcs of the AMA: addressing the barriers restricting patient care, redesigning medical training in the digital age, and decreasing the burden of chronic disease. In doing so, she hopes to lead the AMA in increasing the accessibility of the healthcare system, encouraging physicians to be effective practitioners and lifelong learners, and improving the health of the country as a whole.

Photo Courtesy of the APA

Dr. Daniel’s platforms focus on advancing the ‘Citizen Psychologist’ identity, an initiative that seeks to spread awareness and increase the involvement of psychologists in their lesser-known roles that include public service, volunteerism, board membership and other community service. She is committed to ensuring that psychologists are at the table when formulating policies and programs in every sector.

Photo courtesy of the NMA

Dr. Lubin-Johnson is committed to advocating for comprehensive healthcare for all. A member and leader of other national medical organizations as well, she works to improve representation and the success of women and persons of color in medicine. She is the first woman president in the history of the NMA to also have served as Speaker of the House Delegates and Chair of the Board of Trustees.

Photo courtesy of the NHMA

President and CEO Dr. Rios works to improve the health of Hispanic populations across the United States and serves as a representative of the Hispanic physician community at both local and national levels. She directs education and research activities through her role as president of NHMA’s National Hispanic Health Foundation and serves on the National Hispanic Leadership Agenda, Campaign Against Obesity, New York Academy of Medicine, and more. 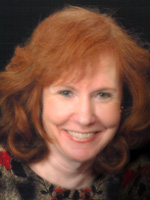 Dr. Wagner specializes in pharmacological treatment of mood disorders in children and adolescents. As President, she aims to increase awareness of and screening for depression in these populations. She has served in multiple other organizations including the National Advisory Mental Health Council of the National Institutes of Health and the American Association of Directors of Child and Adolescent Psychiatry. 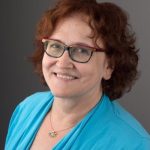 Photo courtesy of the AAD 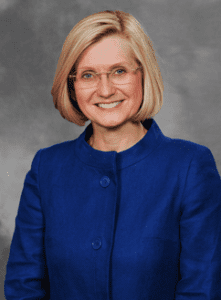 Dr. Hollier’s interests lie in working with underserved populations and improving the health of women across the United States through advocacy in health policy.  Her strategic initiatives at ACOG focus on reducing preventable maternal mortality.  Before becoming President of the organization, she served on ACOG’s many committees and Presidential Task Forces and Work Groups, and represented ACOG within the Society for Maternal-Fetal Medicine. 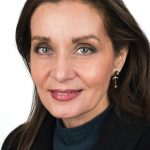 Photo courtesy of the ACR

While serving as President of the ACR, Dr. Marchetta also works as the CEO and managing partner of Concorde Medical Group PLLC. In addition to her roles within the ACR, Dr. Marchetta has also served on the boards of several organizations including the University Physicians Network LLC, the NYUPN Clinically Integrated Network LLC, and the Medical Board of NYU Langone Health. 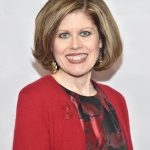 As AHA CEO since 2008 and as a member of the AHA team in a variety of national, regional and local positions since 1986, Nancy Brown is leading the Association in fulfilling its mission: to be a relentless force for a world of longer, healthier lives.  Emboldened by that mission, Nancy Brown strives to improve patient care, accelerate drug discovery, influence health policies, ensure equitable health for all, empower consumers, and innovate new health solutions at the intersection of science and technology in the US and globally. 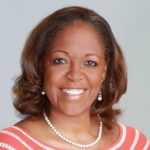 CEO Adrienne White-Faines leads the AOA’s strategic agenda, supporting the organization’s physician and student members by promoting public health and advancing research. The AOA provides specialty board certification, continuing medical education and accreditation for osteopathic medical schools. She is also involved with various national nonprofit organizations, and in 2015 was named an outstanding “Business Leader of Color” by Chicago United, a civic engagement group promoting business diversity and inclusion in the Chicago region.

ASAM President Dr. Clark is board certified in addiction medicine and psychiatry. She has focused her career on issues of addictive disease, evidence-informed behavioral health care, and payment reform, having a broad base of experience in the clinical, policy, payment, and pharmaceutical sectors.  Dr. Clark founded Addiction Crisis Solutions to assist stakeholders in transforming addiction care to evidence-based, cost-effective practice. Dr. Clark has provided expertise about the opioid crisis to the US FDA, SAMHSA, DOJ, the Office of Comptroller General, and more, as well as to numerous provider and payer organizations. 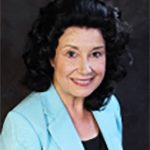 Dr. Mason, director of pediatric anesthesiology at Loma Linda University Medical Center and professor of anesthesiology and pediatrics at Loma Linda University, is president of the ASA. Key issues of focus for Dr. Mason are patient safety, health policy and addressing drug shortages and the nation’s opioid crisis. She has held leadership roles in numerous state and national professional organizations as well as visiting professorships during her career. Dr. Mason is committed to improving anesthesiology education and patient care. 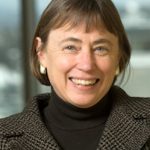 ATS President Dr. Parsons is Professor of Medicine and department Chair at the University of Vermont. Throughout her time with the American Thoracic Society, she has served on various committees and task forces, and was recently awarded the ATS Assembly on Critical Care 9th Annual Lifetime Achievement Award. Her research, education, and patient care interests revolve around acute lung injury and critical illness. 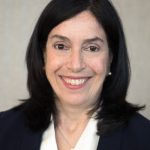 Photo courtesy of the Endocrine Society

In addition to directing the Endocrine fellowship at the University of Pennsylvania, Endocrine Society President Dr. Mandel oversees a clinical practice specializing in thyroid neoplasia, with research interests that include using sonography to assess patients with thyroid nodules and cancer as well as thyroid disease during pregnancy. Her clinical work has been recognized with the Penn Duhring Clinical Specialist award, as has her mentorship by educator awards from professional medical associations such as the American Association of Clinical Endocrinologists.

Past and future medical association presidents who are women also include: