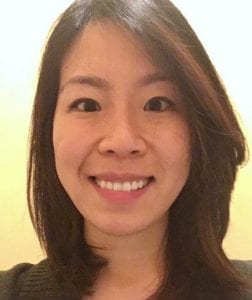 Diana is the current student co-chair of Studio AMWA. She was founder of the Frank H. Netter Visual Arts Society and was president from 2016-2018. Diana was co-chair of the Charity Netter Silent Art Auction that worked with Integrated Refugee and Immigrant Services. She was also the founder of Freecreation, a free, visual arts program for seniors in the Halifax, Nova Scotia where she completed her undergraduate degree. She is currently a third year medical student at the Frank H. Netter SOM, Quinnipiac University.

Jelena is the current student co-chair of Studio AMWA and third year medical student at the Frank H. Netter SOM at Quinnipiac University. Jelena graduated from Harvard College with a degree in Chemistry in 2015 and a desire to pursue the maintenance and conservation of historical artifacts, but fell in love with public health and medicine while working at a pediatric outpatient clinic following graduation. She was Vice President of the Frank H. Netter Visual Arts Society from 2016-2018 and served as the education chair for the Charity Netter Silent Art Auction that worked with Integrated Refugee and Immigrant Services. She is interested in learning about art and visual perception and the use of visual thinking strategies to teach medical students physical examination skills and diagnosis. 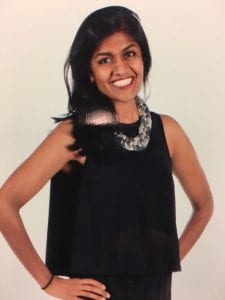 Shilpa is the Creative Director of The Aseemkala Initiative, a traditional dance collaborative using the arts to explore human rights for women in medicine. She served as 2016 AMWA Artist-in-Residence, presenting her dances at the International Human Rights and Art Festival, Toledances Festival in Fez in Morocco, ArtWallah LA, and the Southern Vermont Dance. Her work has been presented at the North American Refugee Conference and the International Papilloma Conference. Shilpa served as the head of Global Initiative Against HPV and Cervical Cancer’s Artistic Committee, co-leader of Studio AMWA, and ASTMH Kean Fellow. She currently is an OB/GYN resident at Dartmouth-Hitchcock Memorial Hospital.