In conjunction with AMWA’s Centennial Meeting

The 2015 AMWA National Student Conference was a historical and memorable event, as it took place in the city where AMWA was founded nearly 100 years ago. The attendance surpassed previous year’s record, with over 260 medical students from across the nation—some traveled as far as the Caribbean. From personal mentorship sessions to presentations by women physicians leading their respective fields, the 2015 AMWA National Student Conference was a whirlwind force promoting the success of women students in medicine.

The Centennial celebration started with an intimate Tour of the Home and Farm of Dr. Be 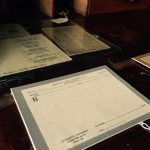 rtha Van Hoosen, the founding President of AMWA. Participants on the Van Hoosen Farm Tour heard from experts on Dr. Van Hoosen’s life and career, viewed artifacts of hers and learned about the struggles Dr. Van Hoosen faced as a woman in medicine that ultimately led her to establish AMWA. This event set the stage for Thursday evening’s Work-Life Balance Panel. Students heard from AMWA physicians and peers about starting a family and leadership in AMWA while maintaining a successful career in medicine. Long-lasting and personal connections were bridged between physicians and students, exemplifying AMWA’s tradition of mentorship and networking.

The Opening Ceremony & Welcome on Friday honored the women leaders of AMWA, including AMWA past presidents. The keynote speaker, Dr. Nancy Snyderman, MD, former NBC News Chief Medical Editor, gave a captivating speech on having an atypical career in medicine and the endless paths women-physicians can craft with their interests. Saralyn Mark, MD kept the energy flowing with her speech on The Impact of Sex in Space: The New Frontier. She was followed by Connie Mariano, MD, former White House Physician, who shared her experience of taking care of the “First Patient”. TEDMED Director of Stage Content, Nassim Assefi, MD, then shared her thoughts on why creativity matters to the future of medicine. Excitement in the room was palpable when Cecile Richards, the President of Planned Parenthood Federation of American, delivered a passionate speech on a century of women’s reproductive health and rights. To commemorate the loss of Dr. Linda Brodsky—a beloved AMWA leader and passionate a 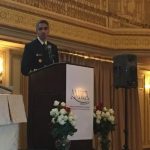 dvocate against gender discrimination in medicine, Carol Warfield, MD shared her journey on legal recourse combating gender discrimination during the Dr. Brodsky Memorial Lecture. Immediately following, Katie Hoff, USA Triple Olympic Medalist, made a special appearance and joined attendees in the Women’s Empowerment Reception. We then welcomed our Keynote Special Guest Vice Admiral Vivek Murthy, MD, MBA, Surgeon General, who commended the medical students for their dedication in choosing the field of medicine. The night culminated in speeches about the history of women physicians and life of Dr. Bertha Van Hoosen by Gretchen Green, MD, and Maureen Thalmann, and a musical theatre performance by Kate Campbell Stevenson.

Saturday began with an early poster session. Students were able to present their work on a variety of women’s health topics to physician judges and their fellow peers. Janine Austin Clayton, MD, the Associate Director for Research on Women’s He 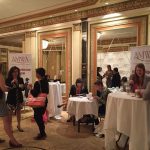 alth at the NIH, opened the morning session on Advancing Women’s Health with His and Hers Science. She was then followed by Molly Cooke, MD, who presented Healthcare in the 21st Century, and Holly Atkinson, MD, who emphasized the role of healthcare professionals and highlighted AMWA’s own effort through our PATH program. Right before lunch, participants learned about using lifestyles with pharmacologic strategies to fight obesity, diabetes and cardiovascular disease and the evaluation and management of osteoporosis from Connie Newman, MD, and a panel consisting of Diana Galindo MD, and Kim Templeton MD respectively.

Our AMWA Centennial Awards Luncheon was filled with spectacular keynote speakers: Laurel Bellows, the Immediate Past President of American Bar Association urging participants to create an agenda for the future; Deborah C. German, MD, Dean of college of Medicine, University of Central Florida sharing lessons from her career in medicine; and finally, Nicholas Kristof, Pulitzer Prize Winner of Half the Sky, inspiring us with stories of women around the world. The afternoon session included presentations from Linda Brubraker, MD, on pelvic floor disorders, Debra Schwinn, MD, about developing a vision for academic medicine in an era of healthcare reform, Cynda Ann Johnson, MD, on scientific writing skills, and last, Nawal M. Nour, MD, about female genital cutting and the road to recovery.

During the Student Division meeting, student attendees learned from an interactive lecture with one of our newest sponsors, KissPrep. Students also heard from the American Physicians Scientist Association’s (APSA) work on gender disparities in education and medicine as well as what projects are currently under way with the American Medical Student Association (AMSA). 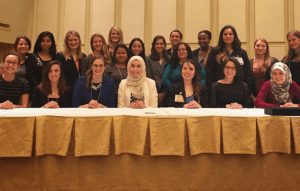 Students, residents, and physicians then joined together Saturday evening at the AMWA Centennial Gala. Keynote speaker Mae C. Jemison, MD, the first woman of color in space, shared her narrative on being in space while being a doctor. The evening then proceeded with AMWA members, especially physicians, dancing the night away! 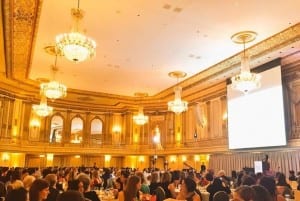 Members reconvened on Sunday morning for the Mentoring Breakfast, with more than 20 tables of physicians illuminating techniques and perspectives to allow medical students to thrive in their chosen specialties and practices. Lectures resumed shortly after, with Janet Bickel’s leadership workshop, followed by a Leadership Panel composed of deans and professors of various medical schools. Patricia Numann, MD, delivered a fascinating talk titled The Accidental and Forever Feminist, while Angela Nuzzarello, MD, advised participants on Physician Emotional Health and Wellness. Final sessions of the conference re-established the importance of women’s ­­­­career arbitration, patient care, and women’s health with presentations on Legal Issues for Women in Medicine by Karen Davidson, Esq, Practicing Medicine in an Era of Connected Patients and Digital Doctors by Marc M. Triola MD, and the cost of breast cancer cure by Susan Love, MD.

The Centennial Meeting boasted a record numbers of student attendees. Students remarked that this event was inspirational because of both cutting-edge presentations and personal advice from physicians, mentors and peers. The newly-elected AMWA Student Division leadership was thrilled by the enthusiasm kindled by this conference and has already embarked on new projects and planning for partnerships with next year’s 101th Annual Conference in Fort Lauderdale.

A Special Thank You to our Crowdfunding Campaign Donors!

Back to Past Meetings Page