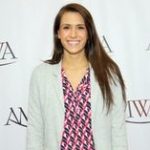 Shawna Watson is a medical student of the Florida Atlantic University College of Medicine’s Class of 2017 in Boca Raton, Florida. She is currently serving as the 2015-2016 Orthopaedic Research Fellow at the University of Alabama at Birmingham. She was born and raised in Destin, Florida. She obtained her Bachelor of Health Science, Cum Laude, with a minor in Business Administration from the University of Florida in 2011. Shawna has been involved with AMWA since her first year of medical school, starting as her home branch historian and becoming involved in the South Florida AMWA chapter, and later being elected as the 2014-2015 AMWA National Student Program Chair. She is also passionately involved in the Website Committee and Mentorship Task Force.

Shawna is excited to be re-elected to her position in order to continue her visions of developing various programs of AMWA. Her interests for this year include augmentation of the Mentorship Program, expansion of the Student Hosting Program database, and establishment of a Medical Student/Resident Burnout Prevention Program. She will also work extensively with Advocacy and Recruitment regarding further initiatives and programs to be implemented at branches across the country.