Members of the Sex and Gender Health Collaborative have been promoting their work to a variety of practitioners as well as making a case for enhanced training through a sex and gender lens.

The Centennial meeting of the Medical Women’s International Association was held at the Brooklyn Bridge Marriott in New York.

Over 1000 women doctors from all over the world attended. They were treated to some beautiful sand art at the Gala and dinner. 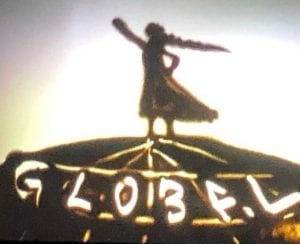 “Where to Go When You Want to Know About SGBM”

“Do perceptions of group dynamics in team-based learning vary by gender?” 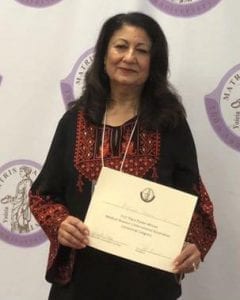 AMWA held their interim meeting on September 15-16, 2018 in Rochester Hills, MI at the Van Hoosen Farm, the home of Bertha Van Hoosen, founder of AMWA. The Sex and Gender Health Collaborative chair and executive director presented an update to the board and attendees regarding current and upcoming projects. Attendees offered to assist with future projects.

Dr. Jan Werbinski’s presentation to the AMWA board. 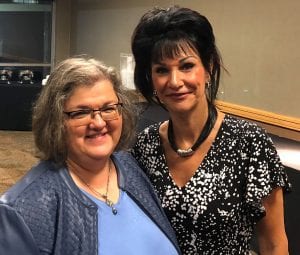 On April 8-10, 2018, the first international Sex and Gender Health Education Summit was held at the University of Utah Health in Salt Lake City, UT. This was the first interprofessional Summit and included educators from medicine, nursing, dentistry, pharmacy, allied health, and public health. The Summit’s goal were to provide participants with knowledge about sex and gender based health (SGBBH), the tools to integrate SGBH into their own curricula, and tools to advocate for SGBH inclusion at their home institutions. SGHC leadership participated in event planning and led various Summit activities.

On October 18-19, 2015, the first international Sex and Gender Medical Education Summit was held at the Mayo Clinic in Rochester, MN. The Summit’s goal was to create a roadmap for curricular change about sex and gender based medicine. SGWHC was an event co-sponsor. SGWHC board members were event co-chairs, planning committee members, speakers, and Summit e-proceedings editors. 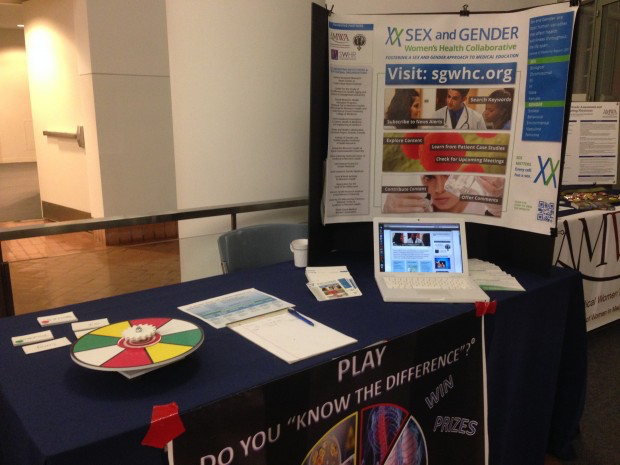 On October 15th, in Bridgewater, NJ, more than 300 leaders from medical institutions, industry and non profit came together for an evening of networking and discussion about the opportunities to advance women’s health in the new health care environment. Visitors to the exhibit were invited to play the Wheel of Differences, where questions about medical practice are posed to elicit an understanding of when and if sex or gender distinctions in screening, prevalence, response to treatment, or outcomes varies between women and men.

Advancing Excellence in Gender, Sex & Health Conference, hosted by the  CIHR Institute of Gender and Health in Montreal, October 2012. 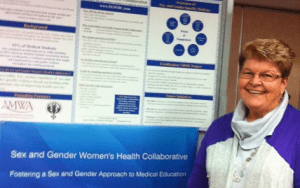 Meeting at the National Board of Medical Examiners offices in Philadelphia in 2012.

Hosted its first Gender-Specific Women’s Health Symposium on October 3, 2012. Larry Cahill, Ph.D., professor of Neurobiology and Behavior at UC Irvine provided the Keynote address. Dr. Marjorie Jenkins chaired the symposium. There were almost 150 attendees from four schools and six campuses. More than 100 posters were presented. The strong response from leadership, faculty and students resulted in many “ah ha” moments in discovering the significance of sex and gender medicine.

Physicians, medical students, physicians-in-training and speakers at the American Medical Student Association Annual Meeting in Houston and the American Medical Women’s Association annual meeting in Miami visited the Advancing Women’s Health Initiative exhibit (relaunched as the Sex & Gender Women’s Health Collaborative) which inspired them to consider sex and gender differences in their approach to medical care. Medical students was very interested in learning more about approaching their patients with a sex and gender lens; one student voiced his support for women’s rights in healthcare so much so that he started a chapter of the American Medical Women’s Association at the University of South Florida. Margaret A. Nosek, PhD, executive director of the Center for Research of Women with Disabilities at Baylor College of Medicine in Houston stopped at tour exhibit to reinforce the need for people with disabilities to be included in efforts to promote sex and gender specific care. 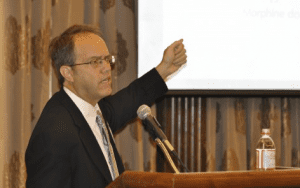 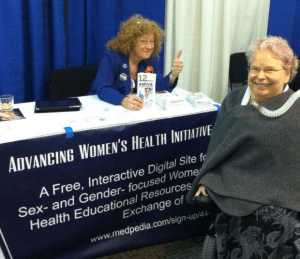 Margaret A. Nosek, PhD, is executive director of the Center for Research of Women with Disabilities at Baylor College of Medicine, Houston, TX 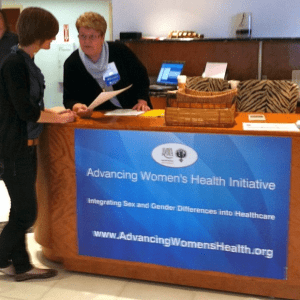 Janice Werbinski, MD, chair of the Women’s Health Working Group that launched the Advancing Women’s Health Initiative, discusses the mission with a medical student during the AMWA annual meeting