The American Medical Women’s Association advocates to bring under-addressed issues to the forefront of the national agenda. Join our initiatives now.

Physician suicide prevention is a priority of the American Medical Women’s Association (AMWA), particularly in light of the sobering statistics that women physicians have higher rates of burnout compared to men1 and higher rates of suicide compared to the general female population.2

AMWA is a participant of National Physician Suicide Awareness (NPSA) Day, an initiative founded by the Council of Residency Directors (CORD) in Emergency Medicine. Learn more about NPSA Day in this 9 minute podcast.

To raise awareness on September 17, AMWA hosts an annual Twitter #Light4Docs campaign to encourage physicians, students, and supporters worldwide to light candles that will help to raise awareness of physician suicide. In 2019, AMWA launched a Shining a Light campaign to highlight the work of women physicians in this area. This year’s Shining a Light campaign highlights the work of two organizations, the Physician Support Line and the Dr. Lorna Breen Heroes Foundation.

The Physician Support Line (PSL) was founded by Dr. Mona Masood and a group of volunteer psychiatrists during the COVID-19 pandemic as a free national support line for front-line physicians. The network of PSL has grown to include 600+ volunteer psychiatrists. PSL offers “free and confidential peer support to American physicians and medical students by creating a safe space to discuss immediate life stressors.” Learn more.

On July 16, 2022, the National Suicide Prevention Lifeline (1-800-273-8255) will transition to an easy-to-remember, 3-digit number (988). This represents an unprecedented opportunity to strengthen and expand the existing network of over 200 locally operated and funded crisis centers across the country.
In advance of the 988 transition in July, the Lifeline suicide & crisis network is looking to bring on new volunteers and paid employees to answer calls, chats, and texts from people in crisis. All employees and volunteers receive training, so if you are a caring person who wants to help those in crisis, apply today.

Dr. Lorna Breen was an ER physician in New York City who died by suicide on April 26, 2020. Working around the clock during the height of the COVID-19 pandemic in New York, she cared for an “overwhelming, relentless number of incredibly sick patients…with limited PPE, insufficient supplies, not enough oxygen, not enough beds, not enough help.” She became “overworked and despondent” yet was afraid to seek help for herself, for fear of losing her medical license. The Dr. Lorna Breen Heroes Foundation was established by her family “to reduce burnout of health care professionals and safeguard their well-being and job satisfaction.”  Learn more.

All the darkness in the world cannot extinguish the light of a single candle. — St. Francis of Assisi

One of the barriers to fully addressing physician suicide is the reluctance to talk openly about the problem. By shining a light on this issue, we hope to raise awareness, promote discussion, and reduce stigma. In honor of National Physician Suicide Awareness Day, light a candle: 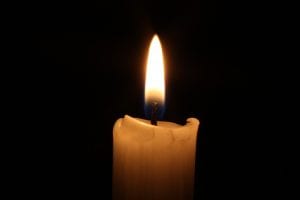 We also encourage groups to come together either on September 17 or earlier to discuss issues surrounding physician mental health and suicide. Post the photos on September 17 with information about your event and group.

Our goal is to have beacons of light across the country that will shine through the darkness of physician suicide.

AMWA recognizes the work of women physician leaders in the area of physician suicide prevention. 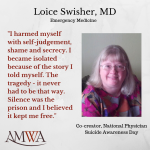 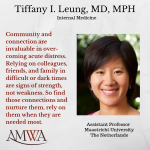 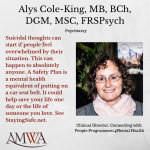 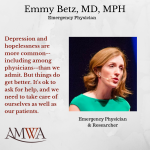 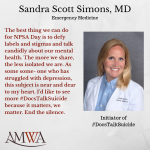 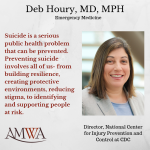 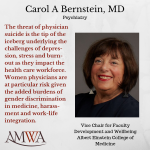 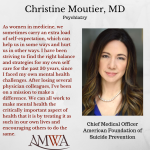 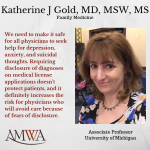 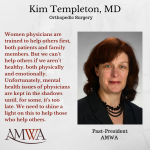 Tune in to the all-day Facebook live event hosted by the American Association of Suicidology featuring many physician speakers, including AMWA Past President, Dr. Kim Templeton at 9 am. 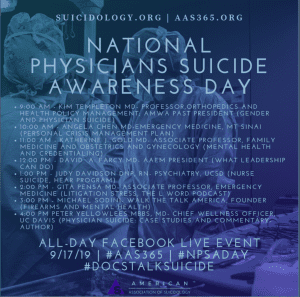 Is she at risk?