Today, patients with HIV infection can expect to live near normal lives.

It wasn’t always that way…

AMWA member Jeanne Robertson remembers the days of working on Ward 5A and Ward 5B at San Francisco General Hospital at the height of the AIDS epidemic. “I remember one night around 2:00 a.m. It was quieter than usual and one of my patients needed to talk. This young gay man had lived on a block with 12 other gay men. Within a matter of 8 months this man was the only one in his close group of friends who was still alive. Within two weeks, he too would die.”

It was here that patients could find love and compassion, notwithstanding their devastating disease. In 2020, AMWA was honored to screen the film 5B which chronicles the story and mission behind a special ward where patients with AIDS could receive humane care at a time when fear and stigma were the norm. After the screening, AMWA hosted a special discussion (watch here) with some who had worked in 5B, including Alison Moed, Dr. Lisa Capaldini, and Susanna Kiely, moderated by Dr. Laurel Waters. Among the many poignant stories in the film was the story of Mary Magee, a young nurse who contracted HIV after a needlestick injury. Mary, who at that time was known only to the public as Nurse Jane Doe, would become pivotal in advancing the implementation of safety devices and protocols to protect healthcare workers from such injuries, measures that today are part of universal safety standards.

Other AMWA members and allies also played an important role during the AIDS epidemic.  AMWA Past President Dr. Mary Guinan was part of the CDC Task Force that investigated the first cases of the emerging AIDS epidemic in 1981. She also published the first study on AIDS in women in the U.S. She recounts those early days in her book, Adventures of a Female Medical Detective, including times when she collected specimens from patients in a San Francisco hotel room turned satellite medical office, at a time when so much of the disease was unknown. Her story is also profiled in the film, And the Band Played On.

Dr. Grace Dammann was a featured speaker at the 2016 AMWA Annual Meeting in San Francisco. She cared for AIDS patients at San Francisco General during the height of the AIDS epidemic. In later years, she would survive a near fatal car accident and share her journey of healing and recovery in the documentary, States of Grace. Another speaker that year was Dr. Sandra Hernandez, President & Chief Executive Officer of the California Health Care Foundation, who also practiced at the HIV/AIDS Clinic at San Francisco General Hospital from 1984-2016.

In 2018, AMWA screened the film Target Zero, which was conceived by Dr. Helen Berman, co-founder of the Protein Database, the first open access database of biologic knowledge, which played a critical role in facilitating scientific knowledge sharing to accelerate development of HIV therapies early in the HIV pandemic. Target Zero was designed by Dr. Berman and her team for public and medical education, to educate about the importance of HIV treatment adherence and as examination of the molecular functioning of HIV therapies, highlighting important advances in HIV care, including PreP therapy.

On World AIDS Day, we remember the millions of  lives lost to HIV disease and we honor those who have and who continue to care for people with HIV,a s well as those who have dedicated countless resources and energies to understand the virus and to develop therapies and prevention programs.States of Grace and Target Zero are featured in AMWA’s film and medicine exhibition. 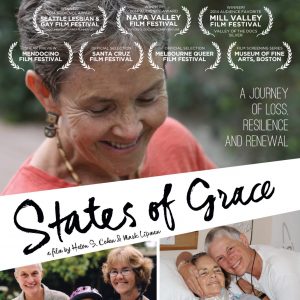 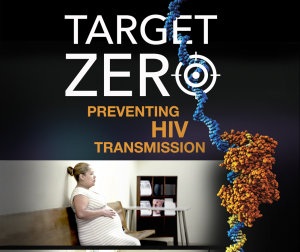