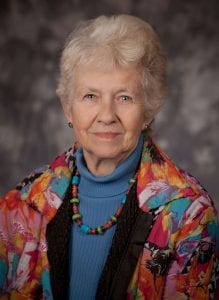 Recently I joined others to remember the trailblazer Jean Fourcroy, MD. Remembering my friend brings home the reality of what we all owe those women who, while following their dream to study medicine, opened the path for others.  As Jean noted, only one of the University of California at San Francisco’s 60 medical students was a woman in 1950.  In 1968, all of two of the 120 students were women.  Of course, you’ll note the percent of women remained constant at a little over 1%.  And that was the story for many years for nearly all medical schools.

But by 2013-14, the Association of American Medical Schools reports, 47% of medical students and 46% of residents were women.  The most recent data published by the US Bureau of Labor Statistics notes in 2011 a third of physicians and surgeons (33.8% to be exact) were women.  How did we get from 1% to nearly half?  It took the tenacity of pioneers like Jean Fourcroy.

Jean knew she wanted to be a doctor when she was a child. However, she set aside her pre-med college studies in 1951 to help put her first husband through graduate school.  Jean returned to college in 1962, at the time having four little children, the youngest still in diapers. But by age 34 she had her Bachelor’s degree.  Jean entered medical school at the Medical College of Pennsylvania eight years later at the age of 42.  Her children were 18, 16, 15 and 12 at the time.  By then she had completed her PhD in Anatomy coursework – she defended her thesis during her internship.  A lifelong learner, Jean received her final degree – a Master’s in Public Health – in 1999 at the age of 69.

Dr. Fourcroy accomplished much before her death last fall at the age of 86.  She was the fifth woman to be board certified in urology.  In 1980 she founded the Society of Women Urologists, an organization which now has over 650 members with more than 250 of them board certified. A clinician, teacher, researcher and leader, Jean was a Navy Captain, served on the faculty of Rutgers University Medical Center, reviewed drugs and devices for the Food and Drug Administration and was on the board of the US Anti-Doping Agency. She published numerous articles and edited the book “Pharmacology, Doping and Sports.”

Inclusion is a good thing in my book.  Not only does it tamp the waste of human capital, it gives us a wider choice in their healers. Healing is an intimate relationship.  We all should be able to have a healer with whom we are comfortable and trust. For years, studies have shown women doctors practice medicine differently than men.  At least one recent study showed a small but real increase in survival for women physician’s patients.  I don’t want to crow about that but rather point out that diversity in viewpoints can be enriching.

To hear from Jean Fourcroy in her own words and to learn of other trailblazing women doctors, please follow this link to “Changing the Face of Medicine”