Hospitals and health systems (Meds) and colleges/universities (Eds) represent the largest and most influential nonprofits in the United States – employing millions of people, promoting public health, educating a significant portion of the workforce, attracting research dollars and affecting the lives of countless people. The past year has raised attention on these so-called “Meds and Eds” as they respond to the challenges of COVID-19 and nationwide antiracism demonstrations. The takeaway is a clear need for major changes in our teaching and healthcare institutions in order to address sex and gender differences and racial disparities.

The potential sway of women physicians as institutional stakeholders was validated through a national survey: Increasing Gender Diversity on the Boards of Nonprofit Eds and Meds: Why and How to Do It .

Diversity Must Become a Priority for Medical Boards

The members of governing boards make decisions that impact every aspect of institutional life. Boards benefit from varied perspectives and an appreciation for the disparate impact of decisions on different populations that diversity brings to the table. Yet, unlike many smaller nonprofits, the boards of the Meds and Eds are largely white and male. Women of color are the most under-represented group.

Women physicians, particularly women of color, ought to play a crucial role in promoting diversity, equity, and inclusion (DEI) on boards. As such, it is time for Meds and Eds to pay greater attention to the composition of the boards governing the healthcare institutions with which they are affiliated and boards governing the educational institutions responsible for preparing physicians for practice medicine. Doctors who are connected with the many hospitals and health systems actually controlled by university boards should be especially alert to the composition of those boards of academic trustees.

Assuring that women, including women physicians, are well represented on Eds and Meds boards may also begin to address the challenges they face in achieving parity in compensation leadership positions on par with their male counterparts. Eds and Meds boards that include women 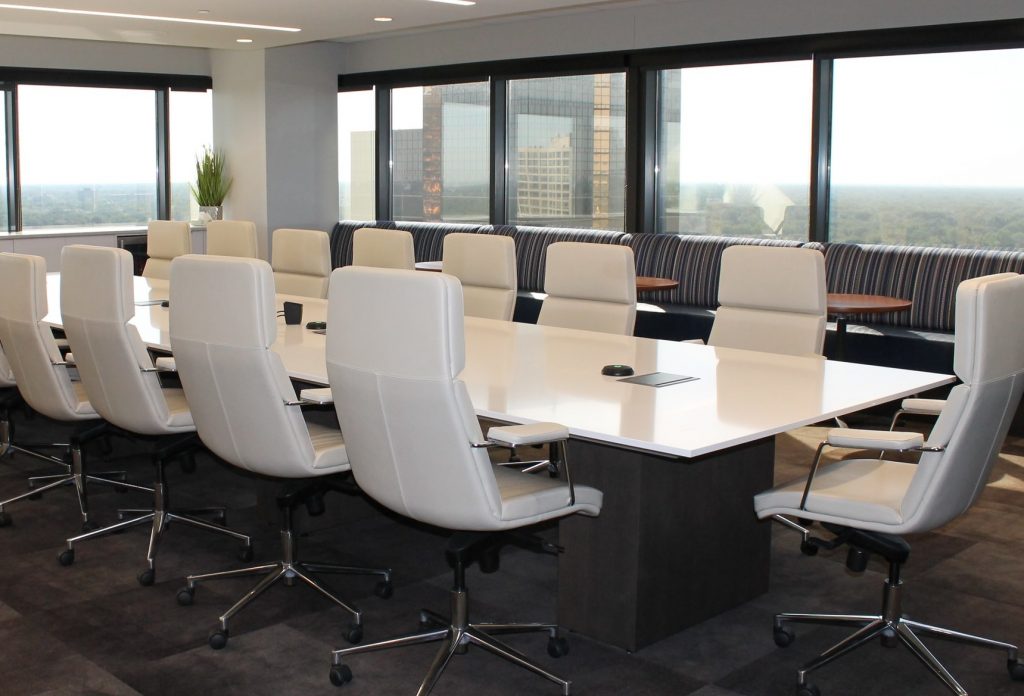 physicians are likely to promote better access to quality healthcare.

Though Meds and Eds boards share many of the same diversity challenges facing white male-dominated for-profit corporate boards, they have faced far less scrutiny. Unlike corporate boards, whose major institutional shareholders, along with some individual investors, have organized and pressed for change in board composition, the large nonprofits have no shareholders. Thus, nonprofit Meds and Eds boards are not subject to annual proxy votes on board membership by shareholders. However, nonprofits do have stakeholders– people with a stake or interest in the work of the institution. Physicians constitute an important group of influential stakeholders.

Our report reflects findings gathered from in-depth confidential interviews with 59 racially diverse women physicians and nurses who held board positions, as well as men and women, board chairs, and chief executives representing every region of the country.

Physicians and nurses serving on both Eds and Meds boards were among the interviewees. Almost all the healthcare trustees cited physicians and/or hospital staff as important stakeholders whose allegiance to the institution is crucial to maintaining the quality of care. Slightly over half of the Meds’ interviewees listed patients among important stakeholders while many Medical and Educational Institution Boards interviewees also mentioned the importance of faculty input; some mentioned donors both individuals and foundations.

However, our respondents thought most stakeholders don’t know who serves on these boards nor do they realize what an important role boards play in decisions that affect stakeholders. A woman physician on a Meds board acknowledged, “In my own professional life, for a long time, I didn’t understand their power.” A woman hospital CEO said she thought “most physicians and staff probably don’t have a clue about the board.”

Boards make critical decisions governing institutions: hiring (or firing) the chief executive, approving budgets, developing strategic plans and major policies, and deciding on mergers, acquisitions, partnerships, new buildings, and workforce reductions. Our interviewees also mentioned decisions about which populations to serve and which special programs or health issues to emphasize. All of our respondents thought gender and racial diversity was important to improving decision-making and increasing the institution’s effectiveness in serving consumers (patients and students). They told us women trustees make contributions related to their professional expertise, as do men, but women also bring different experiences and perspectives to the table. They make particular contributions related to issues involving culture change, improved governance, the way decisions are made and consumers are treated.

On the Meds, women approached issues more from the perspective of consumers, not providers. We heard numerous accounts of how women on Meds boards started or strengthened quality and safety initiatives. And, on a healthcare quality committee, we heard that men go right to the numbers, worrying more than women about finances and cost, but less about patient experience and satisfaction.

Directors from both Meds and Eds mentioned women being more focused than men on the effects that decisions and policies have on different groups of people, including staff, students and patients. One woman physician board member said that at a women’s college she knows well, the board is always thinking about how decisions affect women but, at the co-ed university on whose board she serves, the board is not thinking about that “and it is a striking difference.” A woman hospital CEO wondered “whether men would bring to the board an issue like whether a physician was abusing women,” referring to a real scandal at another institution.

Women directors also have a significant impact on increasing diversity, not only on the boards but also more broadly within the institutions. That means they are likely to pay more attention to the representation of women physicians in different departments and in high administrative positions.

Despite the apparent value diversity brings to the table, women occupy less than 30 percent of the seats on the majority of the med’s boards in our study. Thirty percent is the number our interviewees most often cited as the minimum critical mass needed for women to succeed in fully contributing to boards. Our study also showed that, even when women hold 30 percent of seats on large boards, that does not guarantee inclusion. On such boards women may be excluded from power positions or committees like the executive committee, which may make most or all key decisions. Or women may be appointed to committees in such small numbers that their voices are muted.

Some barriers to women being appointed to Meds and Eds boards and being included, once appointed, are the same as those present in the for-profit sector – unconscious bias, stereotypes, and the “mirror effect” of appointing people who look just like the dominant board members. But other barriers in the Meds and Eds differ significantly from for-profits: particularly financial expectations in recruiting candidates, how people are identified as board candidates, and the large size of many nonprofit boards that often inhibits inclusion. Our interviewees thought the barriers to racial diversity were essentially the same as for gender diversity, and women of color obviously suffer from the intersection of both gender and racial bias.

Our interviewees offered some examples of successful steps taken to achieve more diverse and inclusive boards. For example, one step taken by some Meds, but almost no Eds, has been to separate governance and fundraising by forming foundations. Slightly more than half of our Meds have separated foundation boards from their governing boards. All steps require leadership, involving the whole board in an intentional process, examining and modifying recruitment and other practices and systems, and promoting an inclusive board culture.

One med board member said, “one explanation for the low number of women on the Meds and Eds boards is “lack of pressure to conform to today’s expectations.” If groups of physicians, faculty, and alums used their influence to pressure institutional leaders to pay more attention to board diversity, the result could be similar to the effect shareholders have had in making noticeable, effective changes in diversity and inclusion on board in the for-profit world.

Vicki Kramer, PhD, and Carolyn Adams, PhD, co-authored Increasing Gender Diversity on the Boards of Nonprofit Eds and Meds. Dr. Kramer, PhD, also, was lead author of Critical Mass on Corporate Boards: Why Three or More Women Enhance Governance and founding president of the Thirty Percent Coalition. She is a consultant to nonprofit organizations and is a member of the Women’s Nonprofit Leadership Initiative. Dr. Adams, a former dean of Temple University’s College of Liberal Arts and past president of the National Council of Colleges of Arts and Sciences. They are both members of the Women’s Nonprofit Leadership Initiative.