The 30th International Congress of the Medical Women’s International Association, Generation Y: Challenges of the Future for Female Medical Doctors, was held July 28-31, 2016 at the University of Vienna in Austria. Over 600 attendees gathered from all over the world representing 40 different countries. Meeting highlights included 7 keynotes lectures, 82 educational sessions, 5 workshops, 54 posters, musical performances, waltz lessons, local winery reception, and gala featuring. Themes from the Congress resonated with AMWA initiatives – women’s health, gender specific medicine, violence against women, human trafficking, leadership, and career / life issues for women in medicine. It was fascinating to see both similarities and differences among various countries. Opportunities for networking were abundant, marked by reunions with friends, introductions, and new connections.  Attendees returned home with a renewed sense of global connection among women in medicine across the world.

At the final General Assembly, AMWA was selected as the host organization for the 2019 MWIA Centennial meeting to bring the association back to New York City where it was founded in 1919 by AMWA Past President, Dr. Esther Pohl Lovejoy.

About MWIA:  MWIA is an international non-governmental organization (NGO) with members from all 5 continents. Embodied in its mission is the objective to raise the health status of the communities in which the members work, especially the health and development of women and children in those communities. Membership in MWIA allows medical women the opportunity to meet and confer upon questions concerning the health and well-being of humanity; to promote the general interest of medical women by developing cooperation, friendship, and understanding without regard to race, religion or political views; to overcome gender-related differences in health and healthcare between women and men, girls and boys throughout the world; and to overcome gender-related inequalities in the medical profession. 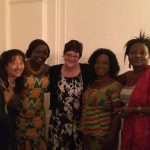 MWIA delegates from the US, Germany, and Ghana 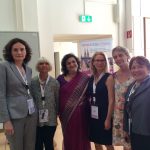 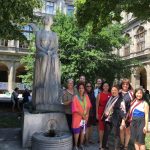 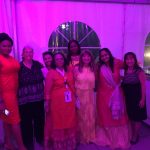 US Delegates with MWIA Colleagues 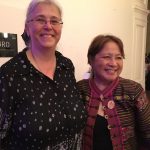 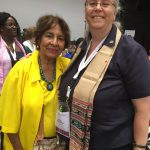 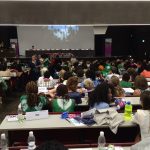 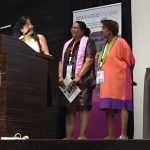 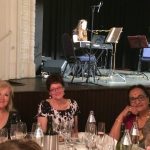 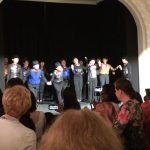 Korean delegation performs a dance number at the MWIA gala. 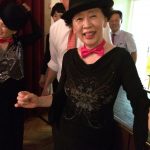 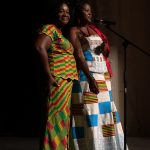 Ghana delegates sing Let There Be Love Shared Amongst Us 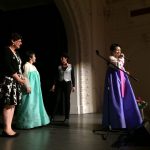 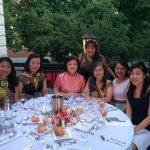