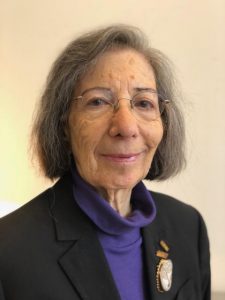 Born on August 17, 1934, in Brooklyn, NY, to William David Chernoble, an immigrant from Russia and printing press operator, and Sadye Rebecca Engelman, a teacher. She developed an early interest in mental health as she helped care for her mother who struggled with depression, and her younger sister Renee, during her father’s service in the Navy during World War II, which included almost three years without any communication. Leah graduated at 16 from Erasmus Hall High School.

At Brooklyn College, she was told she had no scientific ability and should not consider attending medical school. Instead, Leah earned MA in teaching. She married Herbert Dickstein, another Brooklyn native, in 1955, and helped him complete medical school in Ghent, Belgium, which he attended due to restrictive quotas on Jews in U.S. medical schools. When they returned to the U.S., Leah spent seven years as a sixth-grade teacher at PS 110 in Greenpoint, Brooklyn, NY and had her first son, Stuart.

It was then Herbert’s turn to help realize Leah’s dream of becoming a physician, as Leah completed premedical courses at Queens College, NY. Despite having four strikes against her, that of being Jewish, a woman, 32 years old, and having had a child, she was accepted at the University of Louisville School of Medicine. Leah graduated in 1970 as one of only six women in a class of over 120.

“Dr. D” as she became known to her patients and students then spent the next 37 years in Louisville as a Psychiatrist, Professor, and Administrator at the medical school, where she treated, mentored, and befriended thousands of medical students, medical residents, faculty, staff, and others. She served as Associate Dean of Faculty and Student Advocacy, Associate Dean for Student Affairs, and Director of the Division of Attitudinal and Behavioral Medicine and Arts in Medicine Program. Decades of medical school graduates will remember her as the Co-founder and Director of the Health Awareness Workshop, an innovative weeklong orientation event that sought to develop physician physical and mental health before it was in vogue. She had two more sons, Daniel and Steven, and the entire family helped in Dr. D’s nationally recognized program that taught generations of future physicians how to maintain their humanity during their careers. As a clinician, Dr. D was available day or night, giving out the family’s home number to all patients in an era when there were no cell phones. 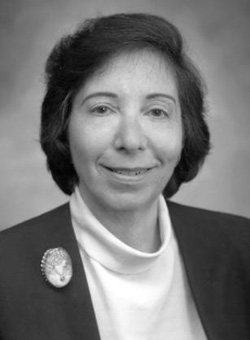 Leah was a regional and national leader, including the above roles. She loved attending professional meetings nationally and worldwide, developing a large cadre of physician women leaders whom she helped break the “Lexan ceiling”—a term coined by her husband, Herbert, to describe the barriers that women faced which were even harder than glass. She also helped mentor men, too, as she felt that “men of good conscience”—were essential to stand up for what was right, regardless of if it was to advocate for women or for men.

A highlight of her travels was when she decided during the First International Conference on Women’s Health in Shanghai that those who were interested should be able to participate in a Passover Seder – which she led in a government office that she was told by her Chinese hosts was, at one time, a synagogue. For several decades beginning in the 1980s, she became a researcher of The Holocaust, which lead her to lecture, write, and conduct video interviews of survivors, both Jewish and Catholic, in the US, Europe, and Israel. In all of these professional adventures, her family was by her side, serving as cameramen or schleppers.

She served on many local Louisville boards, including Adath Jeshurun, JFVS, the JCRC Yom HaShoah Commemoration, U of L Hillel, U of L Medical School Alumni Association, St. Francis School, and Planned Parenthood. She was a member of the American, and Kentucky Medical Associations, Greater Louisville Medical Society, and Friends of the Kornhauser Library

Please share your memories of Dr. Leah Dickstein here. Donations may be made to AMWA’s Vision Fund in Dr. Dickstein’s honor.