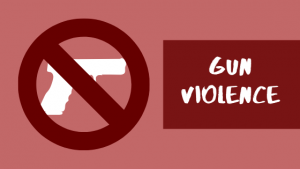 At 2:30pm ET on April 11th 2022, the White House held a briefing on new actions the Biden Administration is taking against gun crime and ghost guns.

Deaths by firearms are on the rise with more than 45,000 American lives lost in 2020 – the highest level recorded in the U.S. Firearm sales in 2020 also skyrocketed to over 22 million sales from 13 million the previous year. Alarmingly, an increasing proportion of firearms are now being purchased online as ghost guns, with as much as a 10-fold increase in sales over the past 5 years. Ghost guns are firearms sold without serial numbers, often in buildable kits that can be easily assembled at home turning parts into a deadly weapon. Ghost guns are practically untraceable, and can be purchased without background checks. Thus, when these firearms are found at a crime scene, they cannot be connected to the shooter.

President Biden, Vice President Harris, and Deputy Attorney General Monaco spoke this afternoon in the Rose Garden on actions that will be taken to limit the crimes committed with ghost guns. The attorney general signed a rule to update firearm law language to include ghost guns and firearm-assembly kits. President Biden announced a rule to make it illegal for a business to manufacture ghost gun kits without a serial number, and to sell ghost guns without a background check. In doing so, ghost guns can be treated like the deadly firearms they are.

AMWA’s Gun Violence Solutions group supports measures laid out during this statement to reduce sales of ghost guns. This is an encouraging step to prevent increases in sales of these horrific weapons. Additionally, further steps need to be taken to prevent firearm violence before guns even enter people’s hands. AMWA’s Gun Violence Solutions group would like to emphasize the need for community violence intervention programs, where community leaders work directly with people who are most likely to commit a crime or be a victim of gun violence. Investing in our communities and intervening earlier are proven ways to reduce gun related crimes. These types of interventions include summer programs, drug treatment, housing availability, and reentry support after incarceration. This improves the health and wellness of all of our community members.

We look forward to hearing about additional measures that will be put in place by the Biden Administration to reduce firearm violence and invest in our communities.