AMWA Participates in Human to Mars Summit and iGIANT Roundtable 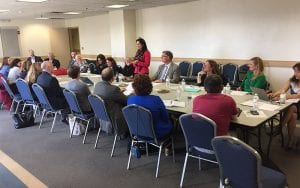 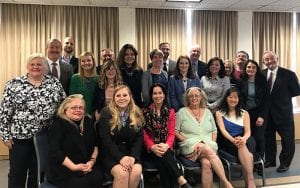 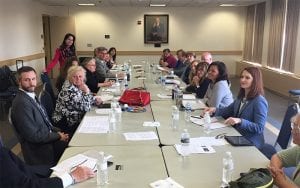 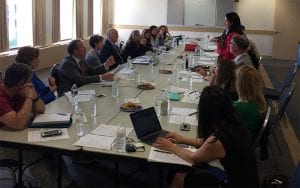 AMWA was an in-kind sponsor of the Human to Mars Summit.  This summit is a “comprehensive Mars exploration conference that addresses the major technical, scientific, and policy challenges of getting humans to Mars, as well as how such missions can have positive impacts on STEM education, American competitiveness, and other important collateral issues. There is now a clear consensus among NASA, the aerospace industry and policy makers that a human mission to Mars by the 2030s is not just feasible, but affordable as well, if the proper measures are taken.”

Relevant to AMWA’s work was a session on “Women Paving the Path to Mars” and “Sex and Gender in Human Space Exploration.”  The latter session featured panelist Dr. Saralyn Mark who spoke about the importance of sex and gender issues as we develop the technology, equipment, policies, and protocols necessary to bring humans to Mars by the year 2030.  AMWA also co-organized an iGIANT (impact of Gender/sex on Innovation And Novel Technologies) roundtable with leaders from governmental agencies, academia, industry, non-profits, and the media.  Read about the roundtable outcomes here.