The Summit was preceded by a special private screening of SteamPower, a new documentary by award-winning producer James Keach and Eric Carlson.  “The film follows the life-changing experience awarded to 120 female high school students from the U.S. and Africa, as they participate in the first-ever Women in Science (WiSci) summer camp hosted in Rwanda. The three-week camp organized by U.S. Department of State offered students accelerated courses in STEAM (science, technology, engineering, arts and mathematics). The camp attendees share emotional, first-hand accounts of the hurdles they’ve had to overcome in pursuing their education and their experiences demonstrate how issues like teacher bias, familial pressure, feminine hygiene and ingrained cultural stereotypes prevent them from challenging their male counterparts and reaching their full potential. The film is a poignant reminder that educating girls is investing in our economic future.”

The movie screening was held at Microsoft headquarters in Redmond, WA.  A private tour of the facility introduced attendees to Microsoft’s studio99 which “seeks to build collaborations between researchers/engineers and artists/designers to create beautiful and innovative experiences that inspire new ways of thinking about existing and future scientific challenges.  Studio99 project provides a space at Microsoft for art and science to interact.  Studio99 includes a gallery space in Microsoft’s Building 99, an international artist-in-residence program, an artist lecture series, and a series of art projects created by researchers and their guests at Microsoft Research.”  Attendees learned about Florence, the talking plant, a project which hopes to “translate the electrical impulses and chemicals plants give off into full-fledged messages” and other projects on display in the lobby of studio99.
The Summit was held the following morning at Global Good, “a collaborative effort between Bill Gates and Intellectual Ventures (IV) to tackle some of humanity’s toughest problems through invention.  The effort combines IV’s unique invention prowess with the expertise of government, non-governmental organization (NGO), scientific, and commercial partners around the world.”  On display were some recent projects, including the photonic fence to target mosquitos and Mazzi milk container for improved dairy sanitation. 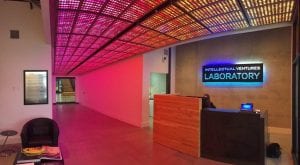 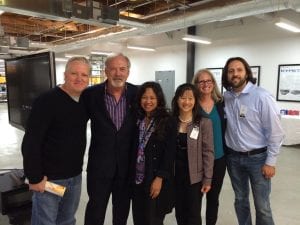 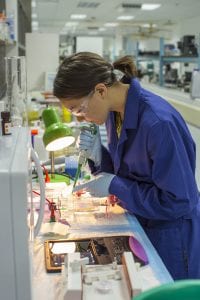