On Sunday, March 18th both medical students and faculty physicians made their way south of the UM medical campus to attend the University of Miami Chapter of AMWA’s Annual Women in Medicine Brunch. Traditionally held in the Stanford Residential Building, a homey and spacious faculty housing building located on the Coral Gables campus, this annual two-hour brunch has always been popular among students. This year, the event drew in twenty-one students and eight physicians, representing a wide variety of fields and practice settings. The afternoon began with a half hour of networking and individual introductions over a breakfast food spread, followed by the short-film AMWA documentary, “At Home and Over There: American Women Physicians in World War I.” Then students and physicians broke out into five “speed dating” groups of four medical students with one to two physicians per group. Groups were allotted 15 minutes to talk and share advice (with the help of a conversation starter question page if needed) before the student group moved to the next physician group. Overall, both students and physicians found this to be a gratifying experience and one to certainly be replicated again next year! 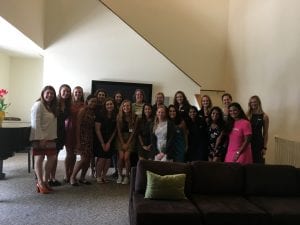 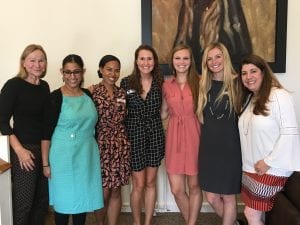 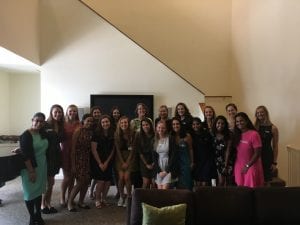