Twelve years ago, on March 23, 2010, AMWA was honored to be present at the Department of the Interior when President Barack Obama delivered comments just after signing the Affordable Care Act into law. This event marked the beginning of a new era of healthcare in which millions of Americans would finally have health insurance coverage and access to care. A new HHS report shows that since the implementation of the ACA, there has been a 40% decline in uninsurance rates among Black Americans.

“The excitement in the room was palpable as we reflected on the passage of the historic bill and its signing into law,” stated AMWA Executive Director, Dr. Eliza Chin.

AMWA was one of many healthcare organizations to advocate for the passage of the ACA in 2009 and 2010. AMWA has continued to support the ACA despite challenges to the law and active efforts to repeal it.

Today, AMWA was again honored to be present at the White House for the signing of an Executive Order by President Joe Biden that would strengthen access to the ACA and Medicaid.

President Biden was joined by Vice-President Kamala Harris as well as President Barack Obama, in his first return to the White House since leaving office. In his remarks, President Obama likened the ACA to other landmark advances in healthcare, like Medicare, Medicaid, and Social Security. Those programs would be refined over the years to the programs that they are today, and likewise, the ACA would be as well.

Today, the Biden-Harris Administration also proposed a rule that would “fix the ‘family glitch’ and lower healthcare costs, which would save hundreds of thousands of families hundreds of dollars a month.”

Watch the full coverage of the remarks from the event HERE. 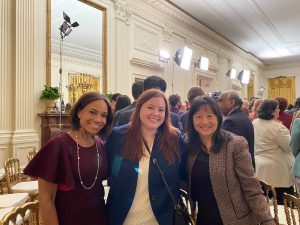 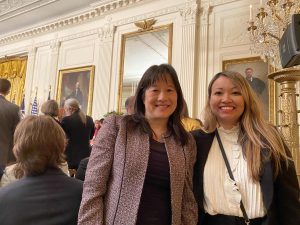