The American Women’s Medical Association is committed to promoting an environment rooted in inclusivity, diversity, and respect for all racial ethnicities, sexual orientations, gender identities, religious identities, and disability statuses. Committing to such values further requires us to take responsibility and explicitly state that AMWA firmly condemns acts of harassment and coercion. When elected officials belittle the victims of such violence, we must speak out.

Sexual violence, sexual assault, and rape are unacceptable, abhorrent acts of violence and aggression. An act in which consent is not given or against the victim’s will is assault and is not the fault of the victim. These conversations can be difficult, traumatic, and triggering to have, especially for survivors. However, as allies, it is our responsibility to commit to education and awareness efforts to both address and condemn sexual violence. 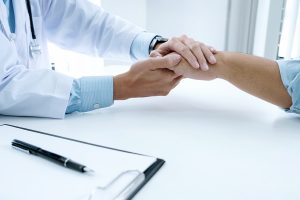 Every effort should be made to avoid dehumanizing Individuals who have been sexually assaulted or raped.

About 37% of the total violent victimization is identified as rape, sexual assault, robbery, or aggravated assault. Rape is the perpetrator’s fault, not the victim’s. How a person dresses or where they were at the time of the assault is absolutely no justification for the crime. Many rape victims go through extensive trauma to heal and many carry it with them for life. It is also very common for individuals to blame themselves for the violent act.

As we stand in solidarity with survivors, it is imperative that conversations about assault do not dehumanize the victim. Questioning the intention of the survivor, casting judgments regarding sexual orientation, clothing, and age is an attempt to shift blame. In an effort to work towards the eradication of sexual harassment, we must frame the dialogue to learn from victims, listen to their stories, and engage in advocacy that puts an end to sexual violence.

We will, at every opportunity, stand up to those who seek to place blame on the victim even if they are an elected official.