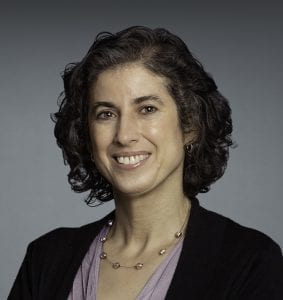 Danielle Ofri, MD, PhD is an internist at the medical clinic of Bellevue Hospital, the oldest public hospital in the country. She is a founder and Editor-in-Chief of the Bellevue Literary Review, and is on the faculty of New York University School of Medicine.

Her newest book is “What Patients Say; What Doctors Hear,” an exploration of doctor-patient communication and how refocusing the conversation between doctors and patients can improve health outcomes.

Danielle Ofri is the author of four other books about life in medicine:

What Doctors Feel: How Emotions Affect the Practice of Medicine.

She was also editor of a medical textbook—The Bellevue Guide to Outpatient Medicine—which won a Best Medical Textbook award. She is currently writing a book about medical error.

Danielle Ofri writes regularly for the New York Times and Slate Magazine about medicine and the doctor-patient relationship. Her essays have also appeared in the Los Angeles Times, the Washington Post, the Atlantic, the New England Journal of Medicine, the Lancet, CNN and on National Public Radio.

Her essays have been selected twice for Best American Essays and also for Best American Science Writing. She is the recipient of the McGovern Award from the American Medical Writers Association for “preeminent contributions to medical communication.”

Danielle Ofri has given TED talks on Deconstructing Perfection and Fear: A Necessary Emotion, and has also performed stories for the Moth. She is featured in the upcoming documentary: “Why Doctors Write.”

In lieu of going to the gym, she spend most evenings wrestling with the Bach cello suites. On good nights, it’s a draw.

She strives for a serene, uncluttered life of Zen, but lives with three teenagers instead.