AMWA wishes to support the incorporation of music as an important and complementary therapeutic intervention in the practice of medicine. Music can be beneficial for an array of medical, neurologic and psychiatric conditions. Music can help both provider and patient in myriad ways.

The blending of music into a physician’s practice might be achieved by being introduced in an aspiring physician’s training in medical school or residency. Educational and mentorship opportunities would help achieve this goal, which already exist in some medical schools.

The Music and Medicine Committee strives to encourage music as a therapeutic modality to all physicians. Performing arts and creative outlets for healthcare professionals and patients has the power to:

As part of our committee, we would like to feature providers and programs that are championing music and medicine. We aim to encourage providers to consider music to be “prescribed” in their practice, and to possibly arrange performances in their clinic or hospital for patients.

We invite all members of AMWA to join the committee, and we welcome feedback and ideas. We are eager to be your musical mentors in medicine and hope that you wish to become “AMWA music ambassadors!” Please feel free to contact us for guidance  through AMWA.

“Variations on a Theme” 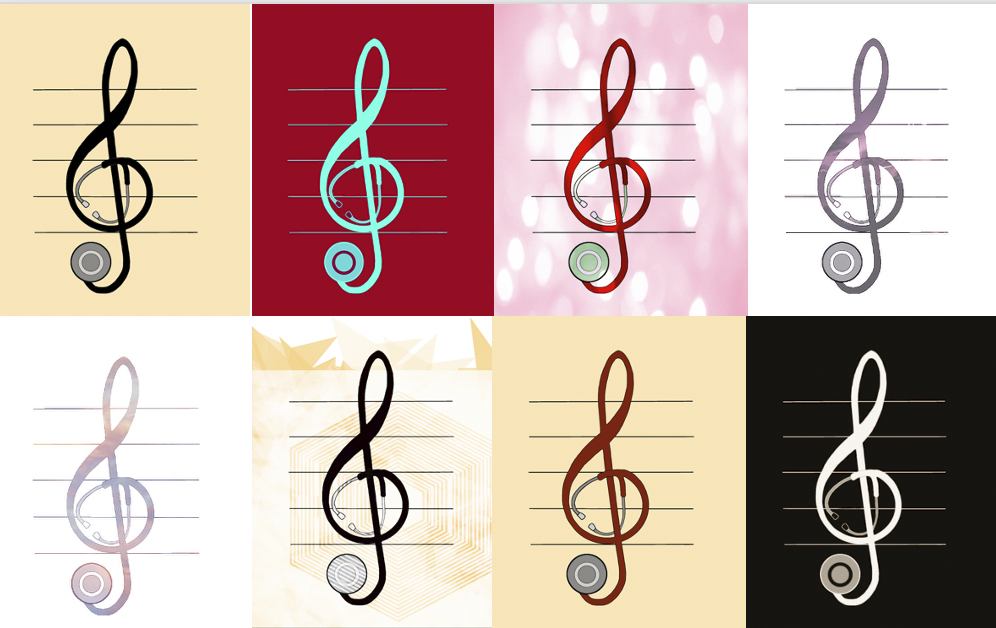 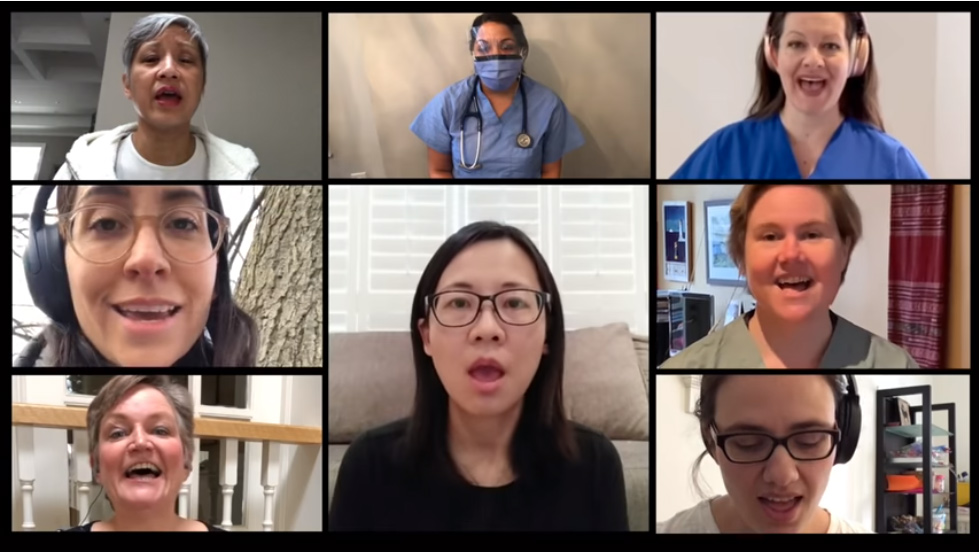 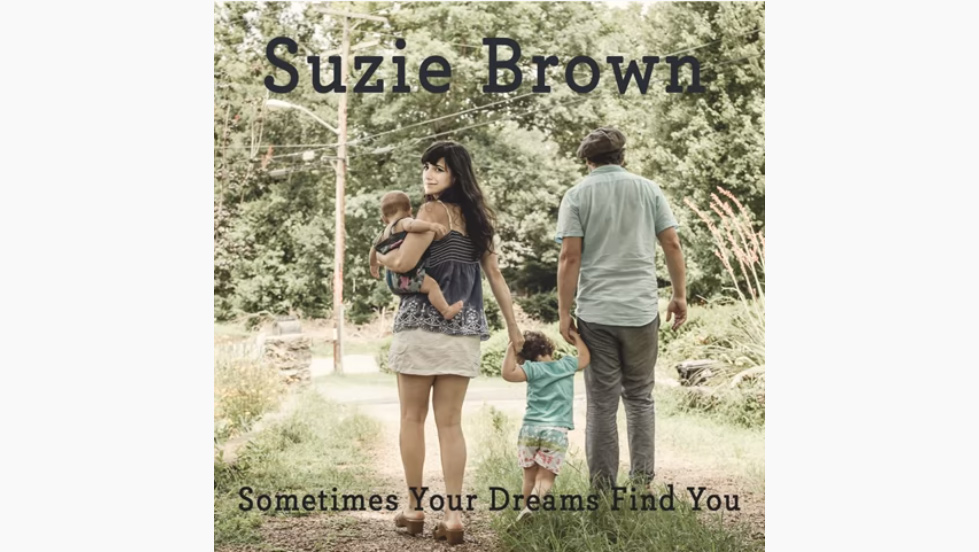 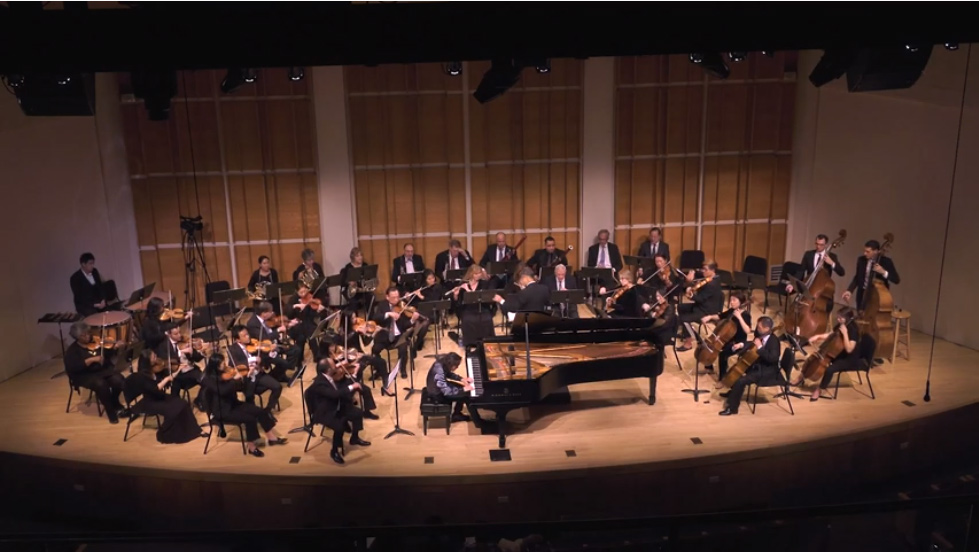 “Our musical training helps us to listen, not just hear, and to recognize that there is a song in every diagnosis.”

“Music Therapy is an established health profession in which music is used within a therapeutic relationship to address physical, emotional, cognitive, and social needs of individuals.”
— American Music Therapy Association

The American Music Therapy Association provides a series of fact sheets that discuss the use of music therapy among different populations.

In medicine, music therapy has been shown to be beneficial in the following situations:

Does music have an impact at the cellular level?

A small study from Ohio State University using different types of music suggested that sound might an effect on the growth of neoplastic and normal human cells in vitro (Sharma, 1996). Another study suggested that music may “alter cellular morpho-functional parameters…in cultured cells” (Lestard, 2016).

Kalas, A. (2012). Joint attention responses of children with autism spectrum disorder to simple versus complex music. Journal of Music Therapy 49(4), 430-452.

Katagiri, J. (2009). The effect of background music and song texts on the emotional understanding of children with autism. Journal of Music Therapy, 46(1), 15-31.

Nilsson, U. The effect of music intervention in stress response to cardiac surgery in a randomized clinical trial. Heart & Lung, Volume 38, Issue 3, 2009, Pages 201-207.

Riegler, J. (1980). Comparison of a reality orientation program for geriatric patients with and without music. Journal of Music Therapy, 17(3), 26-3.

Performing arts medicine is a subspecialty that grew from Occupational Medicine in the late 20th century. This field addresses injuries and the prevention of injuries in performing artists (musicians, dancers, actors, etc.)

“Courage Is A Woman”
Words and music by Sarah Partridge.

Listen to the recording

On a cool September day in western Oregon,
I roamed a cemetery looking for her grave.
A modest marker bore her name,
And was hidden in the shade.
A shocking contrast to the legacy she’d made.

In a time that is alive only in history,
There is a girl who lives a life like you and me.
But her dreams reach far and wide.
She pursues them all with pride.
A loving doctor is the first life she would lead.

Chorus:
But there was more to come, so much more..
So many lives she lived and saved in scores.
There was love and joy and pain…
But she fought the fight and won the game.

While the politics of health lay in the voting man,
A woman’s say was not enough to make a change.
Her little boy had died in vain.
Empowered women seized the day.
Her coalitions marched ahead and paved the way.

Everybody’s Equal Suffrage League was hers to claim.
Free from cliques and class distinctions, meant for all.
Local grievances were aired.
Granting suffrage was impaired.
But in the end these acts of courage were absolved.

Chorus:
A major barrier to health was inequality.
The instability of life beyond our shores.
Refugees in need of care,
Disease and suffering everywhere.
Her social justice was an answer to the wars.

She lived her life forever challenging society.
Humanitarian for women of the world.
Her civic policies were bold,
A broader vision would unfold..
Nearly a century of change that still unfurls.

Chorus:
Last tag line after “But she fought the fight and won the game
…Tell our children to remember her name.”

Sarah Partridge has also composed an album and tour of musical portraits of Women in STEM titled “Portraits of Wisdom“.

Doctors of the world, united
leaders of our dream, inspired
shining a bright light, we’re guiding
and transforming

Physicians, Healers
Women, Dreamers
sharing our vision
we can heal the world

Physicians, Healers
Women, Dreamers
sharing our mission
we will heal the world

Commissioned by AMWA for the Centennial Congress of the Medical Women’s International Association.

Submit Your Music for Consideration
Dr. Lisa Wong, Assistant Co-Director of the Harvard Arts and Humanities Initiative and AMWA Music and Medicine committee member, speaks about her innovative music program for COVID-19 patients at Boston Hope Hospital . Prescribing “music doses” for patients through various times of day, she and her team of volunteer musicians, bring the healing power of music to those in recovery from COVID-19. She also plays “Tomorrow” with her family, and features a hauntingly beautiful musical postcard by Silk Road artist Wu Tong.
Watch the All Together Now show, moderated by Bobbie Steinbach on Youtube