Lower Covid-19 Doses: Could This Be A Good Move?

“I’ve been thinking about the potential benefits of varied dosages for different populations from the start, and it does make sense,” Saralyn Mark, MD, AMWA Spokesperson on Covid-19, tells the American Medical Women’s Association “but we need data to confirm efficacy and safety. I have concerns about the United Kingdom’s approach. We just don’t know enough about the durability and duration [of either available vaccine] or long-term side effects of the vaccine.”  Now, the prospects of using a protocol that has not been studied is concerning, says Dr. Mark, founder/president of iGiant, a consultancy in precision medicine geared to the development and analysis of initiatives and programs on emerging technologies, public health preparedness, physician workforce issues, sex and gender-specific medicine and women’s health on earth and in space. She served as a medical advisor to federal agencies during four White House administrations. 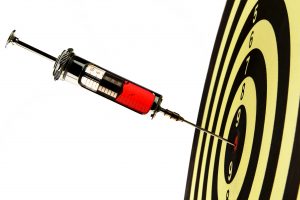 The Warp Speed Task Force is exploring the option of giving half doses to the public to expand supply. “Women have more robust immune systems compared to men and it has been theorized that they could mount effective responses with fewer side effects with a lower dose.  This may also be a reason why more women have higher survival rates, but also long haulers syndrome compared to men,” says Dr. Mark, who was senior author of a paper published in the Journal of Women’s Health, exploring the possible differences in Covid-19 infection rates, and vaccine responses. The American Medicine Women’s Association hosted an expert panel, including the participation of Dr. Mark, to raise attention to the specter of sex & gender differences in addressing outcomes of this pandemic.

“I wonder if pharmaceutical companies have disaggregated data by sex in their studies to assess for any definable advantages to a lower dose in women and perhaps other segments of the populations, such as different racial populations,” Dr. Mark says. “We know that other subpopulation demographics such as age play a role. For example, most individuals (18-55 years of age) mount more robust responses. Thus, the larger doses were preferable to ensure that older populations would mount sufficient responses to the vaccine. I believe that it’s time to confirm that sex matters across the lifespan.”