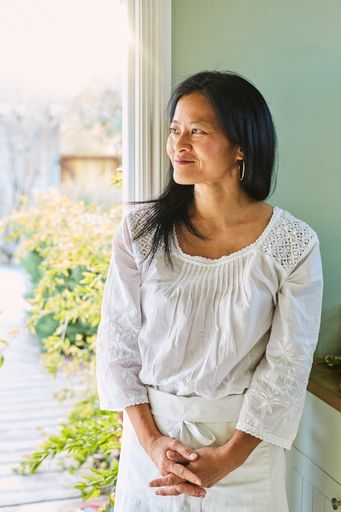 Linda Shiue, MD, is an internal medicine physician turned professional chef, and the first director of Culinary Medicine at Kaiser Permanente San Francisco, where she founded Thrive Kitchen, a teaching kitchen for patients. She has served as faculty at the University of California, San Francisco (UCSF) and Stanford University and serves on the board of the San Francisco-Marin Food Bank.

She believes that the best medicine is prevention. Her cooking classes showcase seasonal produce, lavishly flavored with spices and fresh herbs.Her food writing has been published widely and she has been interviewed frequently on television and in print.

Dr. Shiue’s first cookbook, Spicebox Kitchen, was released in March 2021.  She is a graduate of Brown University, San Francisco Cooking School, UCSF, and the kitchen of Michelin-starred restaurant, Mourad, in San Francisco. She also has a Certificate in Plant-Based Nutrition from Cornell University.