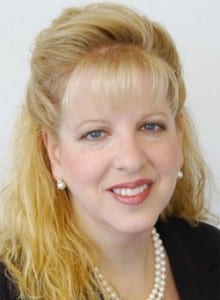 Quote:  I'm honored to be included in this Faces of AMWA exhibition showcasing the accomplishments of women physicians. Women have made enormous contributions to the field of medicine, and we have much to celebrate!

Susan G. Kornstein, M.D. is Professor of Psychiatry and Obstetrics and Gynecology at Virginia Commonwealth University (VCU), where she is Co-Founder and Executive Director of the VCU Institute for Women’s Health, designated a National Center of Excellence in Women’s Health by the U.S. Department of Health and Human Services in 2003. She is also Co-Founder and Executive Director of the VCU Mood Disorders Institute, Director of Clinical Research for the Department of Psychiatry, and Medical Director of the VCU Clinical Trials Office. She is Past Chair of the VCU Division of Outpatient Psychiatry at VCU and a past member of the VCU Health System Board, a gubernatorial appointment. Dr. Kornstein is an internationally recognized researcher and thought leader with expertise in depression and women’s mental health. She has been a principal investigator on more than 70 research studies in the areas of depression, anxiety disorders, premenstrual syndrome, and sexual dysfunction. She edited the first comprehensive textbook on women’s mental health (Women’s Mental Health: A Comprehensive Textbook, Guilford Press), has authored more than 200 scientific journal articles, chapters, and abstracts, and has given many invited presentations at national and international meetings.

Dr. Kornstein is Editor-in-Chief of the Journal of Women’s Health, President of the Academy of Women’s Health, and Chair of the Annual Congress on Women’s Health. She is Immediate Past President of the International Association for Women’s Mental Health, Past President of the North American Society for Psychosocial Obstetrics and Gynecology, and recently chaired the 4th World Congress on Women’s Mental Health in Madrid. A Distinguished Fellow of the American Psychiatric Association and a member of the American College of Psychiatrists, Dr. Kornstein has been a consultant to the U.S. Surgeon General, DHHS, and NASA on women’s mental health concerns and serves on a number of national advisory boards. She has given over 100 media interviews, including the New York Times, CNN, U.S. News and World Report, Science Magazine, and numerous women’s magazines.  She has received numerous awards for her leadership and scholarship. Dr. Kornstein attended college and medical school at Brown University and completed her residency training and a fellowship in Consultation-Liaison Psychiatry at the Medical College of Virginia of Virginia Commonwealth University.