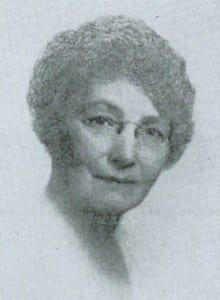 During her professional career, she served as medical inspector in the Department of Health (New York) and chief woman physician of the New York Telephone Company. Her work involved public health education and employee physical examinations. She later received a degree in public health from New York University and Bellevue Medical College in 1921.

She published a number of books, including Life and Law (GP Putnam’s Sons), The Scotch-Irish, The Subjection of Woman, and Problems of Sex. The last book shows that women were the first doctors; that in the earliest civilizations, women were rulers; and that during the time they ruled, more than a thousand years, there were no wars.

Dr. Glasgow was an honorary member of the International Mark Twain Society and of the Eugene Field Society. She worked valiantly to promote better health conditions in New York. She kept up her interest in the welfare of women all her life, and spent much time in research and in writing books for their benefit. She gave generously to the American Medical Women’s Association to support young women studying medicine. AMWA’s Janet M. Glasgow Memorial Award is given to the woman who graduates first in her class. The Janet M. Glasgow Memorial Achievement Citations recognize female students who graduate in the top 10% of their class. Dr. Glasgow established this award in honor of her sister Janet, who unselfishly gave of her time and resources to see that Dr. Glasgow completed her medical education.]]

Her obituary in the Ballymena Weekly Telegraph (9 December 1955) mentions her participation “in the crusade for votes for women.”