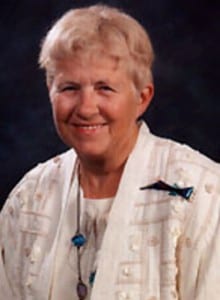 Jean Fourcroy always wanted to be a doctor, but she supported her husband’s career first and waited until her kids were older. By that time, she was 42 years old and the mother of four teenagers. She received her MD from the Medical College of Pennsylvania and her PhD from the University of California at San Francisco. Her surgery and urology residencies were completed at George Washington University Medical Center with Board Certification in Urology in 1981 (only the 5th woman do to so in the United States). In 1999, Dr. Fourcroy received her Masters in Public Health from the Medical College of Wisconsin. As a captain in the U.S. Navy, she served as academic urologist at Bethesda Naval until retirement.

She also served as a Medical Officer with the Food and Drug Administration and was involved with many aspects of the regulatory process within the agency — development of new drugs / devices, issues of supplements, and treatments for urologic cancer. She was a leading expert in the area of drug abuse, particularly anabolic steroids. Currently, Dr. Fourcroy is a regulatory consultant in the areas of urology and endocrinology. Her broad research experience includes insect physiology, developmental and reproductive biology, and occupational safety.  She has been appointed to the Board of the U.S. Anti-Doping Agency and is an active member of the American Urological Association and the American Society of Andrology, and is Past President of the American Medical Women’s Association. Dr. Fourcroy serves on the editorial board of NCI/PDQ Prevention and Screening.  She is the recipient of a 1998 American Urological Association Presidential Citation Award, the 1999 Camille Mermod Award from the American Medical Women’s Association, and an Outstanding Service Award from the American Society of Andrology in April 2000. In 2003, she was chosen as one of the honored physicians in the National Library of Medicine exhibit on women physicians that have “changed the face of medicine” and received the American Society of Andrology Presidential Citation in 2004. In 2005, she was made an honorary member of the Delta Omega Pi Public Health Honor Society.  She is the editor of a recent book Pharmacology, Doping and Sports.