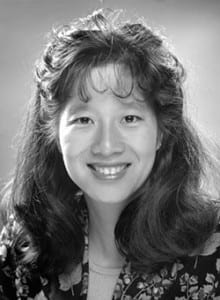 Quote:  Never underestimate the power of networking among women and our ability to achieve success through collaboration.

Dr. Eliza Lo Chin graduated with highest honors from the University of California, Berkeley, received her M.D. from Harvard Medical School, and completed an M.P.H. at Columbia University, Mailman School of Public Health. She trained in primary care internal medicine at the Brigham and Women’s Hospital in Boston. After her training, she joined the clinical faculty at Columbia University, College of Physicians and Surgeons where she maintained two clinical practices and was actively involved in the teaching programs as an Assistant Clinical Professor of Medicine.

As a young wife and mother, Dr. Chin became interested in the unique challenges facing women in medicine. From 1999-2001, she compiled writings from women in medicine, culminating in the publication of This Side of Doctoring: Reflections from Women in Medicine in 2002. During this time, she was a visiting scholar at the Women’s Leadership Institute of Mill’s College and was featured in the National Library of Medicine’s exhibition, Changing the Face of Medicine: Celebrating America’s Women Physicians.

Dr. Chin became active in AMWA, first as Branch 30 (San Francisco, CA) President and later through national leadership roles. A highlight of her career was the opportunity to become President in 2010 and help rebuild the organization that she had come to know and admire. She led the effort to establish AMWA’s Legacy Exhibit at Drexel University, College of Medicine and AMWA’s Networking Alliance to foster collaborations with other professional medical organizations. She received the AMA Women Physicians Congress (WPC) Physician Mentor Recognition in 2011 and an AMWA Presidential Award in 2012.

Dr. Chin currently resides in Northern California with her husband Dr. Douglas Chin and their three children. She practices medicine part-time with a focus in geriatrics. As an Assistant Clinical Professor of Medicine at the University of California, San Francisco, she continues to be involved in medical education. She has lectured widely on the topic of women in medicine both locally and nationally.  In her spare time, she is an active school volunteer and a Girl Scout Leader. She enjoys traveling with her family, taking them to AMWA meetings whenever possible.