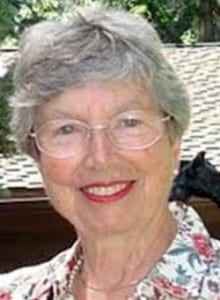 Quote:  Health care is a human need and human right. "Everybody In, Nobody Out."

Dr. Elinor Todd Christiansen was born in Peking, China and graduated from Palo Alto High School (1947) and Pomona College (1951).  She earned her MD in 1955 from Woman’s Medical College in Philadelphia, Pennsylvania. A 12-month rotating internship at White Cross Hospital in Columbus, Ohio prepared her for full time responsibilities as GP in private practice. Customary office fees in Ohio in 1956 were $3 per office visit, whether 20 minutes or an hour, and $5 per house call, regardless of mileage. The nearest hospital in Newark, Ohio had no house staff or technicians, so as admitting physician she “did it all,” including IV’s, catheters, delivering babies, and assisting the surgeon if her patient needed surgery. Living in the apartment over the office was a big mistake, as patients could find her 24 hours a day, seven days a week.

In 1952, Elinor married Robert M. Christiansen, a chemical engineer who earned his PhD in Chemical Engineering at University of Pennsylvania while Elinor was earning her MD. They had two sons and a daughter: son Eric became a physician, graduating from Medical College of Pennsylvania and marrying a medical school classmate; son Dana became a mechanical engineer with global engineering experience; daughter Lois became a PhD Clinical Psychologist, marrying a farmer and working as a school psychologist (K-12). There are eight grandchildren, six boys and two girls. The three oldest grandsons studied engineering, one of whom is now a medical student at Elinor’s alma mater.

After her first retirement in 1985, Elinor wrote the biography of her mother, Lois Pendleton Todd, M.D., “Woman Surgeon of China.” Several educational trips to countries with single payer universal health care followed as Elinor was eager to learn the various ways different countries fund, govern, and deliver universal health care. After her second retirement in 1992, she founded Health Care for All Colorado, a nonprofit organization with the goal of achieving single payer universal health care for all residents of Colorado, under a model which includes a single risk pool, comprehensive benefit plan, standardized fees, and efficient reimbursement to providers for services delivered.

Her hobbies include gardening, hiking (she has climbed six 14,000 ft peaks in Colorado), singing in church choir, and classical music.