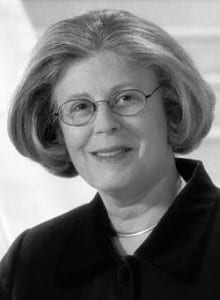 Constance Urciolo Battle, MD, has served as a faculty member in the Department of Prevention and Community Health in the School of Public Health and Health Services since 2003 and as a Clinical Professor of Pediatrics in the School of Medicine and Health Sciences at The George Washington University and as a member of the academic staff at Children’s National Medical Center since 1977. In 2006-2007, Dr. Battle served as Director of the Undergraduate Program in Public Health. At the Kennedy Institute, she is the chairman of the Health Services Advisory Committee of the Early Head Start Program begun in 2010 and Medical Director of the Infant-to-Three Program.

After Trinity College, Dr. Battle graduated from George Washington University School of Medicine and Health Science and completed her pediatric residency at Strong Memorial Hospital, University of Rochester (NY).  She was awarded a Health Services and Research Fellowship from the US Department of Health, Education and Welfare for study at the Center of Health Administration Studies of the University of Chicago’s Graduate School of Business.  During 1993-1994, Dr. Battle was a fellow in the Creating Healthier Communities Fellowship of the Healthcare Forum.

Throughout her career as a physician, Dr. Battle has focused on pediatric and adolescent health care for children with disabilities or chronic illness and she is active in many professional organizations that advocate on their behalf.  She also served as chairman of the Scientific Review Board of Children’s Hospice International, which developed guidelines for pediatric hospice care.  She is a member of the Children with Disabilities Section of the American Academy of Pediatrics and currently serves on the committee of the George Washington Department of Disability Services and its community partners.

During 1997, Dr. Battle served as Interim Director of the Child Development Center of the Department of Pediatrics of the Howard University School of Medicine. Before returning to the George Washington University in 2003, she served as Executive Director of the Foundation for the National Institute of Health.

She is married to Charles Steerman, Ph.D. and has three children:  Ursula, Bill, and Christopher.