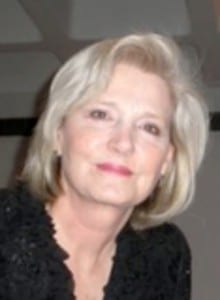 Quote:  My international public health career has taken me across the globe and I've had the privilege of working with women from all regions, religions, ethnicities and economic circumstances. I have seen firsthand how gender discrimination continues to disadvantage, degrade, and discourage women and girls. These experiences have also allowed me to witness the resilience, strength, and incredible commitment that women make to their children, families, and communities even under the most difficult circumstances. The admiration I feel for the often unheralded accomplishments of women, heightens my awareness of the huge untapped potential represented by women around the world, and reinforces my resolve to work for gender equity.

Claudia S. Morrissey, MD, MPH, is a Senior Director at Save the Children, US. She heads up the Technical Leadership and Support unit for the Gates-funded Saving Newborn Lives project.

Before joining SAVE, Dr. Morrissey worked at the World Health Organization in the Department of Gender, Women and Health. She has also held positions at the United States Agency for International Development (Senior Technical Advisor within the Division of Nutrition and Maternal Health), John Snow Incorporated (Senior Technical Advisor for an integrated family health project in Bangladesh and Deputy Director of the JSI Center for Women’s Health), and the University of Illinois (faculty member at the School of Public Health, Assistant Dean at the College of Medicine, and Deputy Director of the Center for Research on Women and Gender).

Prior to receiving her MD degree and board certification in Internal Medicine and practicing primary care medicine, Dr. Morrissey trained and worked as a community organizer in poor communities in both the US and in Mexico. She earned her MPH in health policy and management from Johns Hopkins University.

Dr. Morrissey’s life work has centered on increasing gender equity and improving women’s health and well-being both domestically and internationally. Her technical foci include maternal mortality and morbidity reduction, female genital mutilation eradication, breastfeeding promotion, and saving the lives of newborns in the developing world.

Dr. Morrissey has been active on many boards including AMWA, MWIA, Rape Victim Advocates, the Reproductive Health Initiative, and Raising Women’s Voices Advisory Committee. She has been recognized for numerous awards including: AMWA’s Bertha Van Hoosen Award (2010); the Association of American Medical Colleges Women in Medicine Leadership Development award (2006); the University of Illinois at Chicago Woman of the Year award (2005); Midwest Veteran Feminist Activist award (2004); Soroptimist International Woman of Distinction award (1994) and since 1992, has been a member of Delta Omega Honor Society in Public Health, Johns Hopkins Chapter.