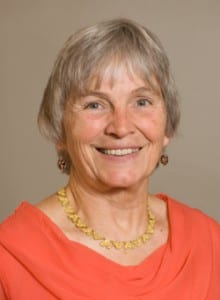 Quote:  You can accomplish anything you set your mind to.

After marrying much too young, finishing college with 1 child my senior year and pregnant with twins, having 2 more children shortly thereafter, I became divorced and then started medical school at the age of 32 as a single parent of 5. After getting my degree From Tufts in Boston, we moved to Hartford where I did my residency at St Francis Hospital in OB/GYN.

I was in private practice in Connecticut for 20 years and then moved to Louisiana. I now have a private practice of office gynecology only and will soon be doing laser tattoo removal as well as promoting weight loss and good health with Body By Visalus. In 2011, I ran for my first public office, Coroner of St. Tammany Parish against a 12-year incumbent. The “old boys club” and his abundant war chest was too much for a beginner to overcome. It was quite an experience, although not on my bucket list.

As a medical student I had 2 loans from AMWA (both paid back in full) and have been a member since my residency. Over the years I’ve held many positions on the Board of Directors, culminating with the Presidency of AMWA from 2009-2010. I am a lifetime member and will be at the annual meetings as long as I am physically able. I will also continue to assist the Board in any way that I can be useful.