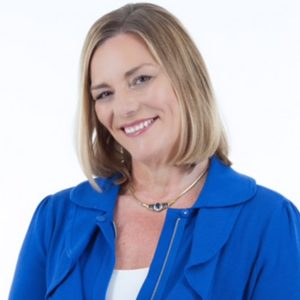 Dr. Donnica Moore is a highly regarded media expert and advocate, a physician educator, and a media commentator.  Dr. Moore is the Founder and President of Sapphire Women’s Health Group LLC, a multi-media health education, communications, and consulting firm.   She is also Founder and President of www.DrDonnica.com, an award-winning women’s health information website and host of the popular podcast “In The Ladies’ Room with Dr. Donnica” (available on iTunes).   Dr. Moore is the Editor-in-Chief of the comprehensive, highly illustrated book Women’s Health for Life (DK Publishing; 2009).

Best known as “Dr. Donnica”, she is most well recognized for her appearances in over 850 television interviews and hundreds of radio interviews on various women’s health and general medical topics.  She has been a frequent contributor to “The Dr. Oz Show”, for which she is also a Medical Advisory Board member, and “The Steve Harvey Show”.  From 2009—2011, Dr. Donnica was a regular women’s health contributor on ABC’s “Good Morning America Health”.  From 1999-2000, Dr. Donnica was the weekly women’s health contributor for NBC’s Later Today Show.  Previously, she was a frequent guest on NBC’s Weekend Today Show.  She has also been a guest on “The Oprah Winfrey Show”, “The View”, “Good Morning America, “The Today Show”, The Tyra Banks Show”, CNN, “The Rachael Ray Show”, and many others, as well as a featured expert in several E!Entertainment specials.  Many of her television interviews remain available online, including a segment teaching Tyra Banks to breast feed, which was a VH-1 “Best Week Ever” selection and has had millions of views on YouTube.com (http://www.youtube.com/watch?v=Fvgt2Agsgqw ).  On the radio, her voice was heard daily from September 2000 through March 2002 on the nationally syndicated “Dr. Donnica’s Women’s Health Report” which air’ed in 132 markets.

Dr. Donnica’s latest media venture is hosting the podcast “In the Ladies’ Room with Dr. Donnica”.  Launched in Jan. 2018, it features real conversations, with real women about really intimate issues.  Many guests have been other physicians; others include Olympians, celebrities, politicians, authors, and others who are experts in the topics they’re discussing because they have lived through those issues, successfully managed them, and are eager to share their “Been There, Done That” experiences so that other women may benefit, and laugh or cry along.  Guests have included actress/comedienne Vicki Lawrence; Lesley Jane Seymour (former Editor-in-Chief of More Magazine); Olympic Champions Nancy Hogshead, Joetta Clark Diggs & Chante Lowe; Susan G. Komen Foundation founder, Ambassador Nancy Brinker; & former Secretary of Veterans Affairs, Dr. David Shulkin.

Dr. Moore is a popular speaker for both medical and consumer audiences on topics related to general medical issues, women’s health, preventive health, vaccines, drug development, balancing work and family, and others.  She is well known for her engaging and entertaining style which she refers to as “Medutainment”:  using humor as the spoonful of sugar that helps the medicine go down.  She has addressed numerous women’s fairs, employee groups, consumer, professional associations, and medical organizations.  She has also often been the physician to accompany numerous celebrities on their media tours—both on-camera and off-camera–when health and medical issues are involved.

Dr. Moore’s presence on the Internet goes beyond her site at DrDonnica.com.  She was the women’s health expert for YahooHealth.com from 2003–2007.  She is a medical advisory board member for the Cosmetics Executive Women website www.CancerAndCareers.com.  Dr. Moore is also the founder of Princeton University’s award-winning Alumni on-line discussion group “Parent-Net” which deals with balancing work/family issues.

Dr. Moore has received more than 30 awards for her achievements in medicine and business.  Most recently, the State University of New York conferred upon her an honorary Doctorate of Science Degree for her achievements in scientific and medical communications (2020). In 2017, the organization “Leading Women Entrepreneurs” honored her as one of their Top 25 Women Entrepreneurs.  She was a recipient of the 2007 Women in Government Presidential Leadership Award in recognition of her efforts to raise awareness about cervical cancer prevention and early diagnosis.  She received the first “Alumnae Leadership Award” from Princeton University’s Women’s Center in 2001.  In 2000, Dr. Moore was named “One of the Most Influential Forces in Healthcare Information Technology” by Advance for Healthcare Technology magazine.  She is the 1999 winner of the New Jersey Commission on the Status of Women’s Connie Woodruff Award (for “the woman who has best demonstrated a major commitment to women’s issues and concerns”); the Soroptomist Woman of Distinction Award (for her contributions to women’s health); and the American Medical Women’s Association Calcium Education Nutrition Award (for the woman physician who has done the most to advance osteoporosis education).  She has also been honored twice as Woman of the Year by the Women’s Health & Counseling Center (Somerville NJ). DrDonnica.com has also been the recipient of the HOPE Award and the ObGyn.net Outstanding Achievement Award.  Her work has been featured in more than 40 periodicals such as Business Week, The New York Times, and The Wall Street Journal.

Dr. Moore’s interest in women’s health research began as a member of the 9th class of women at Princeton University (1981), where she wrote the senior honors thesis “Elective Hysterectomy and the Unnecessary Surgery Debate.”  She graduated cum laude from Princeton and won a Rotary International Graduate Fellowship to the University College of Dublin (Ireland).  She earned her medical degree from the State University of New York School of Medicine at Buffalo (1986), where she conducted research in athlete’s amenorrhea, breast cancer rehabilitation, congenital adrenal hyperplasia, chorionic villus sampling, and endometriosis.  She underwent residency training in Obstetrics and Gynecology at Temple University where she was involved with several clinical trials in addition to patient care.  This was followed by additional training in family medicine at Memorial Hospital of Burlington County, NJ.

Dr. Moore’s previous professional positions included Director, Professional Relations at Sandoz Pharmaceuticals Corporation (now Novartis) where she also held several other management-level positions over seven years.  Dr. Moore joined Sandoz in 1989 in Medical Operations, charged with overseeing medical services, medical marketing and phase IV clinical research in neuroendocrinology. In this role she had the opportunity to examine issues relevant to both endocrinology and women’s health research from an industry perspective.  Recognizing the void in physician awareness and education about these issues, she created and developed the Sandoz Medical Education Center in 1990, which she directed until 1993.  Her responsibilities also included supervising the Medical Publications Department.  Her work was recognized with the Sandoz Marketing Excellence Award.  Later, as Director of Professional Relations, she represented Sandoz with external customer groups including professional and medical organizations, legislators, the media, and the National Institutes of Health.

Dr. Moore served as the founder and Chairman of the Dupont Health Advisory Board for 10 years.  She has also served as a Medical Advisory Board member for AccuMed International; UroMed, Inc.; MediSphere Partners; Swiss Precision Diagnostics (SPD) and Imago Systems, for which she was also a founding Board of Directors member.

Dr. Moore resides in Chester NJ and is the mother of two young adults.  Her complete curriculum vitae (128 pages) is available upon request.