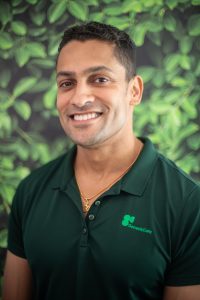 What is your background in dance and medicine, and why did you decide to pursue these two disciplines?

My first connection with anything that I can remember far back is that of movement and music, and that’s part of the reason why my organization today is called “Making Moves…” This finally makes sense 38 years later because when I first got introduced to the concept of movement and/or dance, it wasn’t necessarily through the idea of the actual physical part of dancing – it was really the connection between the moves and the music, which is something that everyone can own for themselves, and how I got introduced to dance, artistry, and theater. That eventually became my artistic angle in life that always gave me a certain joy. Throughout college and even while I was at medical school at UCLA, I was doing shows and involved in acting, so I continued and pursued that artistic mindset. Throughout that time period, I just kept adding tools, whether it was old school hip hop in college or samba/Latin ballroom in Miami, and just added things as they came along. I then got a lot more into the choreography aspect and performed with lots of teams, which was such a joy. My medical pathway really came about somewhat automatically – it came simply from the idea that I wanted to help people, it was always something that I wanted to do. I went to USC in a direct-med program for undergrad, then attended UCLA for medical school. And then oncology found me, in a sense through movement. I was playing basketball at the UCLA Wooden Center and was inspired by a conversation with a friend who was a radiation oncologist as well as an actor. The idea of interweaving these two seemingly separate identities intrigued me, and so I decided to explore oncology. I ended up really loving it and left UCLA as a radiation oncologist and began practicing in Miami, which seemed fitting since I spoke fluent Spanish and Portuguese and was really interested in global cultures. There I was able to have some liberty to explore music and choreography more in depth, alongside my growing medical practice. With Miami’s local cultural interest in music and dance and my urge to combine my two loves of dance and medicine, I decided to start moving around with my patients. That was really the origin of Making Moves Universal, where the benefits of dance and movement for patients are not only physical but also emotional/mental, as well as just providing the joy and openness of dancing and moving with a group of people. This combination of health/wellness alongside artistry/movement really does provide a new perspective on the provider-patient relationship that simply can’t be achieved in a conventional doctor’s office.

Was there any specific event that inspired you personally to incorporate dance into your medical practice and combine these two disciplines?

You would have to start from the idea that when I was in medical school, at that time it was a bit foreign to delve out of the practice of committing yourself to a certain sole entity. At the time I thought, “But what if I like to move? I want to somehow have both in my life.” That was my big dilemma inside: fear of having to choose and not being able to pursue both of my passions. It was to the point where when I graduated in 2013, I was contemplating doing radiation oncology part-time, and using the rest of my time to focus on artistic endeavors. But Miami afforded me an interesting opportunity, so I decided to go with it and see what happened. I got to explore myself as an “artist” by adding Latin dance to the mix and then learning how to fuse it with my existing stylistic vocabulary. So there really was no specific incident in time, but you could say that the incident was a calling from within. We all think that these “incidents” are coming from the outside, but sometimes we’re asking for it ourselves and we have to listen to that calling to inform our actions. From there I had a conversation with the clinic I was working in at the time, expressing that perhaps putting me in the clinic 5 days a week wouldn’t be as efficient as trying some different all-around care strategies. It was a difficult conversation to initiate, but that was what inspired my organization today and now I am just trying to be as efficient with my time in and out of clinic as possible and help both of those routes grow.

What is your organization, Making Moves Universal? What does it do to incorporate dance and movement into the healing process?

Making Moves Universal is an international movement combining all fundamental types of functional movement with a variety of esoteric music to improve life situations of those with chronic illness – emotional, mental, spiritual, physical… essentially empowering us to engage our own inner resources to combat whatever we have within. More specifically, it’s really just using music and movement as a way for us to combine passion and profession, and in a sense help us conquer our own illnesses. This the foundation from which we started. What I did was group patients together who had that same intention in mind, and started tapping into what every person resonated with sonically through the language of movement. Then it was breaking down these functional movements, using my medical background to hone in on certain moves and repetitions that would benefit these patients that most. So I couldn’t tell you if it’s the movement itself, if it’s the actual functional enhancement in people’s ways of moving where clearly there is a sort of body-mind interaction, or whether it’s just the pure joy of the song and being in an environment with other people there… which one of those is going to be most prominent each patient yet. But I can say that I am willing to explore that, and I think the best way for me to explore that is through this work.

Definitely! And in some ways, that’s really what our Task Force is all about – the two entities of medicine/wellness and art/dance can often seem very different but in reality they are so intertwined. Dance can really inform so much about our human experience.

Absolutely. That human experience, patient experience is so important, and at the end of the day we are always asking how we can improve that patient experience. And clearly, it is going to be engaging them on things that aren’t necessarily tangible, such as the way people feel, things that aren’t measurable using our traditional metrics. But the patient experience is something that is very common right now, and the basis of value-based medicine. There is something to be learned from the wellness community. So many cancer patients that I see and my colleagues see come in and want this extra thing, this part of the care that seems to be missing. And if it’s not emphasized in the healthcare system, it’s tough because then it’s hard to get healthcare workers out of that rigid mindset. When it comes to healing though, it seems that we are kind of moving toward a place in which people are asking for that additional value added into their experiences in medicine. I’m excited to see that continued growth.

Switching gears a bit, I am here with the American Medical Women’s Association. You mentioned something previously that I thought was really intriguing, which was that movement and dance can be considered “an expression of the divine or feminine that is needed in healthcare today.” Could you perhaps elaborate a bit more on that sentiment?

Great question! Essentially, whether it’s the yin and the yang or the feminine and the masculine, they are all part of the one. We’ve tended to view more of our issues on the superficial as being more female/male issues. But in a higher sense, we are pulling for the leaders of the world to show a bit more of these rounded values of flexibility, understanding, empathy in addition to our conventional values of discipline and direction. We’re all a part of both in a sense, so movement and dance can be seen as an expression of this needed alternative angle. That’s what healthcare is calling for. We’re trying to bring those values of joy and passion more consciously into the healthcare space. That’s why it’s an honor to be interviewed by you and your organization, sitting here as a straight male, because I’d definitely love to see more of that balance and perspective shift in our healthcare landscape today, and I’m grateful to be someone who can play a role in advocating for that.

As one final question, as someone who has successfully navigated their career and found a deep and impactful way to incorporate dance with medicine, what is a piece of advice that you might share with individuals who are aspiring to merge their passions for health and the performing arts, or find it difficult to upkeep their passions as they make their way through their medical journeys?

This is a phenomenal question, because on the one side I will always say that there is the reality of the grit that you need to pull through in any kind of healthcare career. The journey is tough sometimes and is going to require some periods of these singular focuses. But I think my biggest advice is to tap into your reason why. The notions of wanting to heal people and wanting to be a dancer don’t have to be mutually exclusive. Just by being yourself and living your authentic truth, you’re going to bring your best to the table no matter what it is or how specific your role is. With this, you’ll be able to engage both sides organically in everything that you do. It’s hard to sustain doing something based on what you think you like; it’s much easier to do something when you know that it’s true to your heart. 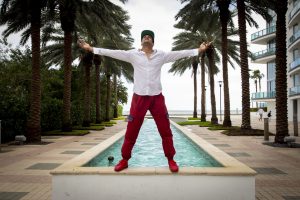 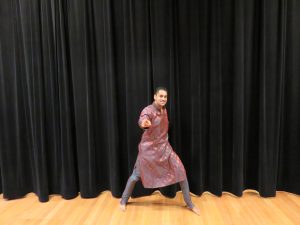