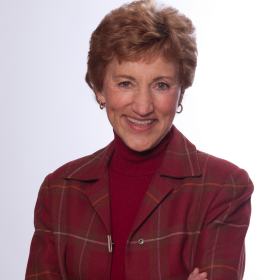 Sarah S. Donaldson, MD is the Catharine and Howard Avery Professor at Stanford University School of Medicine and Director of the Mentoring Program in the Department of Radiation Oncology at Stanford. She is an authority in clinical radiation oncology, with particular interest and expertise in childhood cancer, especially pediatric Hodgkin’s lymphoma and rhabdomyosarcoma. She has a long time interest in the late effects of cancer and its treatment.

Dr. Donaldson received her undergraduate and nursing degrees from the University of Oregon, a BMS from Dartmouth Medical School in 1966, and her MD from Harvard Medical School in 1968. She completed her Radiation Oncology residency at Stanford, joined the faculty in 1973, and has served Stanford continuously since that time.

Dr. Donaldson has received numerous honors and awards including the Marie Curie Award of the American Association for Women Radiologists (AAWR), the Janeway Medal of the American Radium Society, the Elizabeth Blackwell award of the American Medical Women’s Association, the Henry S Kaplan Memorial Prize for teaching, the Hoppe Leadership award, the Hewlett Award from the Department of Medicine and the Dean’s Medal at Stanford. She has been honored with gold medals from the del Regato Foundation, the ACR, ASTRO, and the RSNA. She was the inaugural recipient of the Women Who Conquer Cancer mentorship award of the Conquer Cancer Foundation of ASCO. She is an Honorary Member of the European Society of Therapeutic Radiology and Oncology, the European Society of Radiology, the French Society of Radiology the Canadian Association of Radiation Oncologists, the National Council for Radiation Protection, and the American Association of Physicists in Medicine. She is a fellow of ASTRO, ASCO, ACR, AAWR, the American Association for the Advancement of Science (AAAS) and is an active member of The National Academies of Sciences Engineering and Medicine, National Academy of Medicine (formerly the Institute of Medicine).