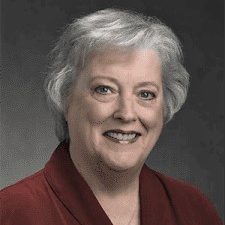 Patricia Joy Numann, MD completed surgical training at the State University of New York Upstate Medical Center in Syracuse New York in 1970 when few women became surgeons. She joined the faculty at her alma mater where she remained her entire academic career, retiring in 2007 as the Lloyd S Rogers Professor of Surgery. Her alma mater honored her with the Distinguished Alumna award in 2000, the SUNY Distinguished Service Professor award in 2006, and an Honorary Doctor of Science degree in 2012.

Although a general surgeon, Dr Numann built a specialized practice in breast and endocrine surgery. In 1986 she established the regions first Comprehensive Breast Care Center now named in her honor. Her dedication to women with breast cancer resulted in Carol M Baldwin establishing the Breast Cancer Research Foundation which since 2001 has donated more than 3 million dollars for Breast Cancer research. Her endocrine surgical expertise led to her election as Vice President of the AmericanAssociation of Endocrine Surgeons in 1992.

Dr Numann’s academic pursued an interest in surgical education when that was not considered an academic activity. As a founding member of the Association for Surgical Education she becamePresident in 1985. She participated in numerous educational programs of the American College of Surgeons including SESAP. She created and directs the ACS Fundamentals of the Surgery Curriculum project. In 1994 she was named a SUNY Distinguished Teaching Professor.

She has been a staunch supporter of gender equity. In 1981 her call for a meeting with other women surgeons resulted in the founding of the Association of Women Surgeons.Now nearly 40 years old, the organization has chapters and members throughout the world. The realization that gender equity is essential to assuring the world an adequate surgical workforce particularly in low and middle income countries has led to further support of women globally in particular, Women in Surgery Africa.

Her activism on behalf of women began early and was recognized by her community naming her Post Standard Woman of theYear in 1978, being named Local Legend by the Changing the Face of Medicine: Celebrating America’s Women Physicians project of the National Library of Medicine’s traveling exhibition, receiving the Elizabeth Blackwell Award from the American Medical Women’s Association and being elected President of the American College of Surgeons. Her outstanding contributions to gender equity, surgical education and breast and endocrine surgery resulted in her receiving the International Society of Surgeon’s Prize in 2011 and the American College of Surgeons Lifetime Achievement award in 2019.

Dr Numann has served as mentor and sponsor of enumerable people throughout her surgical career. She has been the first woman in numerous positions most notably as a member of the American Medical Association’s Council on Scientific Affairs, chair ofAmerican Board of Surgery andPresident of the Association for Surgical Education