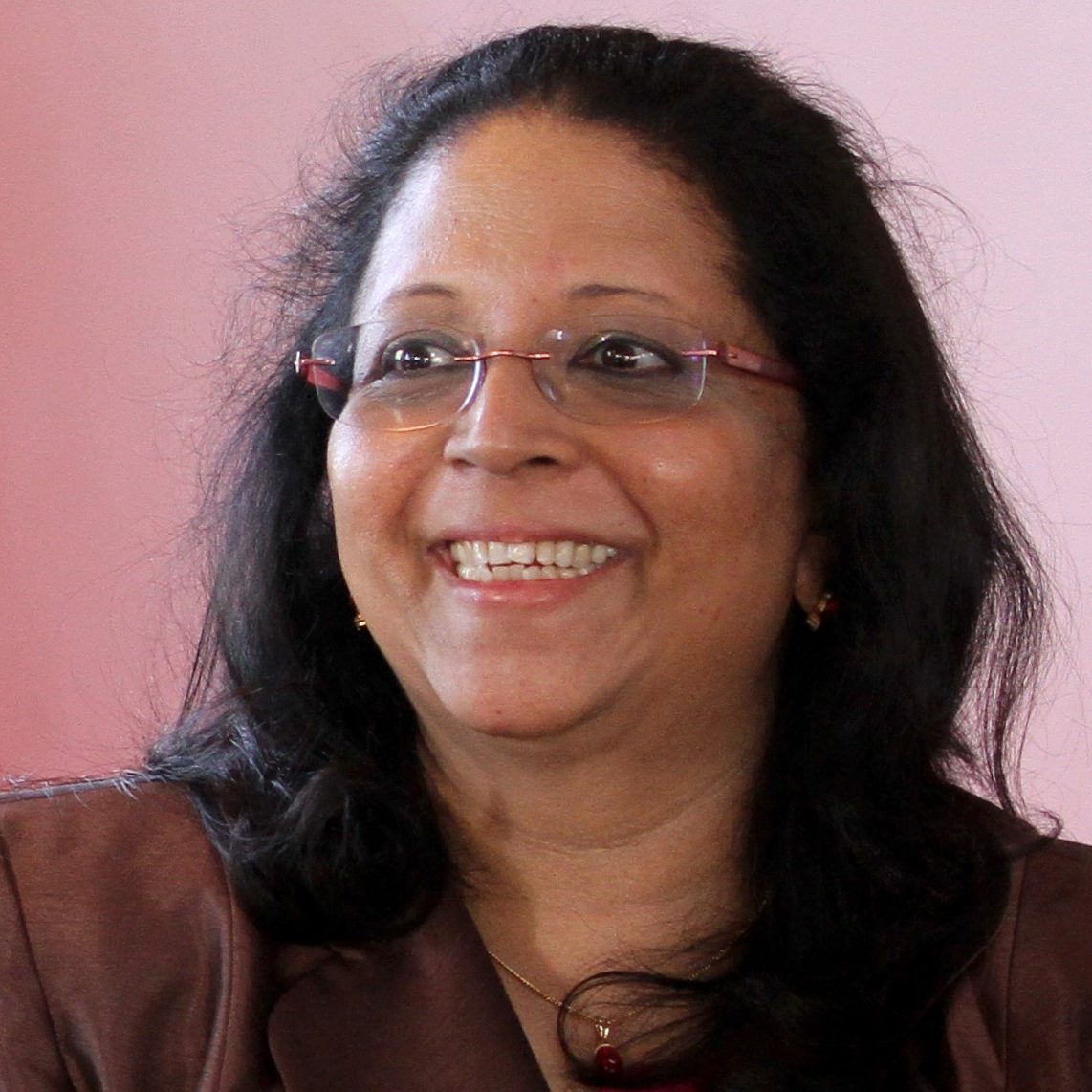 Padmini (Mini) Murthy, MD, MPH is Professor and Global Health Director at New York Medical College School of Health Sciences and Practice. Dr. Murthy is a physician and an activist who trained in Obstetrics and Gynecology. She has practiced medicine and public health for the past 28 years in various countries. She has been working in various arenas of the health care industry. And worked as consultant for UNFPA. She received a MPH and MS in Management from New York University. Dr. Murthy currently serves as the Secretary General of the Medical Women’s International Association (MWIA) and its NGO representative to the United Nations (UN). She is global health lead for the American Medical Women’s Association (AMWA).

Dr. Murthy is widely published and is the author and editor of Women’s Global Health and Human Rights (Jones and Bartlett, 2010) and Technology and Global Public Health (Springer, 2020), both of which are used as textbooks worldwide. She has made over 150 presentations on women’s and children’s health nationally and internationally in scientific conferences and at the United Nations and as an invited speaker around the world. She serves as a peer reviewer for several publications. Her book of poems Mini’s Musings was published in 2012 and her most recent book Glorious Global Ganesh was published in Dec 2020.

Dr. Murthy’s research interests focus on women’s health and human rights, social determinants of health, global health diplomacy, and promotion of global health with a focus on bridging inequities and promoting gender harmony. She is a sought after motivational speaker and has been invited to speak nationally and internationally on women’s health and emerging public health issues. Dr. Murthy has been working with UN ambassadors and missions to promote women’s health globally with local efforts.

Some of the projects she has worked on include safe motherhood and spearheading the procurement of PPE and medical equipment to serve communities in Grenada, Kenya, India, Malawi, and Nepal. Dr. Murthy has been the recipient of numerous national and international awards. She was the first American woman physician to receive the Jhirad Oration Award (in Seoul, Korea) conferred at an international conference in recognition of her service and work to MWIA. She has also been the recipient of the Sojourner Truth Pin which is given to those women who excel in community service. In June 2015, she was presented Millennium Milestone Maker Award at the 9th Annual Women’s Symposium at Sias University, China. In 2016, She was the first Indian born American in over 70 years to receive the Elizabeth Blackwell Medal from American Medical Women’s Association for her work in promoting women’s health globally. She is the recipient of the Lalita Pawar Memorial Award in 2016 conferred by the Association of Medical Women in India (Nagpur Branch) for her work in promoting women’s health and human rights.

In 2017, Dr. Murthy was conferred the prestigious Dr. Homi Colabawall Oration in Mumbai, India for her work on promoting women’s health. In 2018, she received a mentorship award from the Australian medical students and the Exceptional Woman of Excellence Award at the Women Economic Forum in New Delhi and an award for promoting human rights for women from the Taiwanese Medical Association at the International Health Literacy Conference. In March 2019, Dr. Murthy received for a second consecutive year, a mentorship award for mentoring Australian medical students from the Notre Dame University in Sydney, Australia.

In September 2019, Dr. Murthy received an award for outstanding contribution to women’s health from the Medical Women’s Association of Nigeria. In November 2019, Dr. Murthy received an award in recognition of her service to promote women’s health and well being from the Kenyan Medical Women’s Association. In July 2020, Dr. Murthy was the recipient of the Iconic Women Creating a Better World for All from the Women Economic Forum in India. In March 2021, Dr. Murthy will be awarded The Bertha Van Hoosen Award given to AMWA women physicians who have demonstrated excellent leadership and service to the association. Dr. Murthy currently serves as Chair of the International Health Section of the American Public Health Association, which is one of the largest associations of public health professionals in the world. She serves as the first Vice Chair of the Global NGO Executive Committee since August 2019.