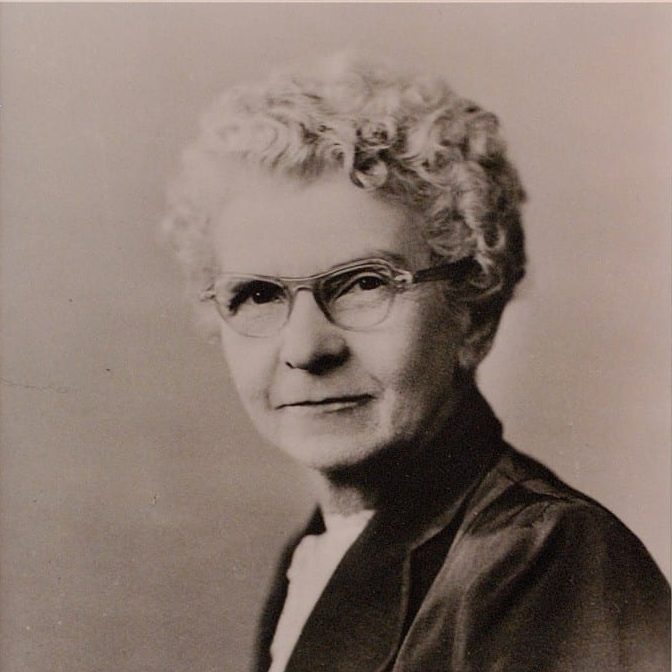 Nelle Noble, MD was born in 1878 in Casey, Iowa. She attended Drake University, earning a Bachelor of Philosophy (1898), a Master of Arts (1899) and a Bachelor of Laws (1900). After graduating, she practiced law for two years before deciding instead on a career in medicine. She earner her MD at Drake University (1905) and became the first woman intern at the Methodist Hospital in Des Moines.

Over her 44-year career, Dr. Noble treated four generations of families as a general practitioner. She was also Medical Examiner for women at Drake University. She served as AMWA President from 1939-1940. Besides her contributions to AMWA, she was also a member of Phi Beta Kappa, a regent of the Abigail Adams chapter of the Daughters of the American Revolution, a matron of the Des Moines Order of the Eastern Star, president of the League of Women Voters, president of the women’s division of the Des Moines Chamber of Commerce, president of the Professional Women’s League, and president of the Medical Women of the State Society of Iowa. As vice-chairman of the health committee of the women’s division of the Des Moines Chamber of Commerce, she helped organized six service programs, including one that benefitted the poor and underprivileged families in Des Moines and one for visiting nursing homes to spend time with the elderly and the sick. The Women’s Division of the Des Moines Chamber of Commerce awarded her the “Woman of the Year” award in 1952. In 1956, she received a Distinguished Service award from Drake University, and in 1960, she received AMWA’s Elizabeth Blackwell Medal. She was recognized in 1961 as Medical Woman of the Year (AMWA Branch 19).  She was a member of the Human Betterment League of Iowa, the Christian University of Japan, the Human Betterment Leagues of America, and Hillcrest Hospital. She is  Phi Beta Kappa and an active member of the University Church of Christ.  She was a trustee of the University, a director of the Iowa Humane Society, and Past Matron of the Des Moines Chapter of the Order of the Eastern Star. Her hobbies included foreign travel and gardening. An avid travel, her trip have included two trips around the world.

Dr. Noble was often described as being modest, kind, considerate and altruistic, always offering her medical services without giving thought to fees. Her outstanding work as a physician and prominent member of the community made her an inspiring role model for other women physicians during a time when a growing number of women were entering the medical field.