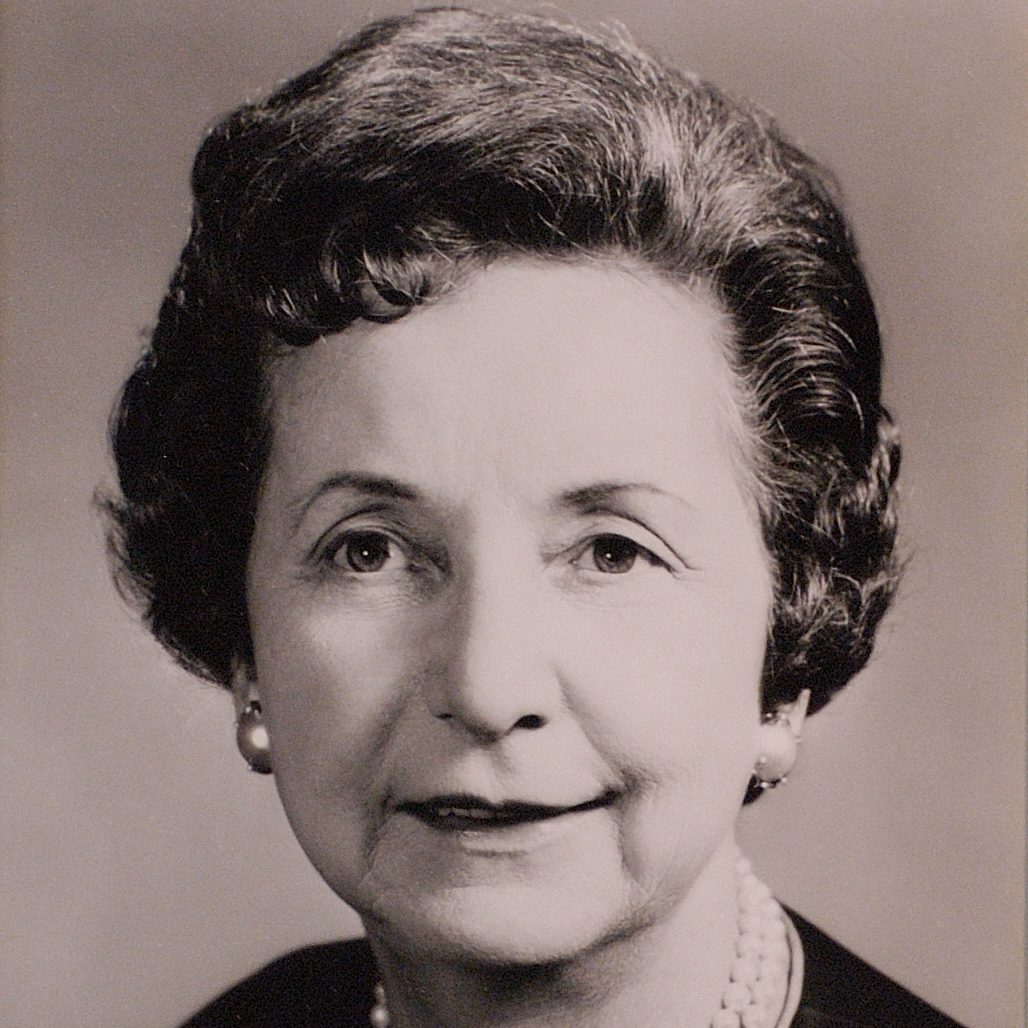 Minerva Buerk, MD was a Canadian-born dermatologist who practiced in Bryn Mawr, Pennsylvania for many years, serving as Chief of Dermatology at the Bryn Mawr Hospital from 1958 to 1969 and later as Consultant in Dermatology at the hospital 1969-1974. During this time, she was a visiting assistant professor at the Medical College of Pennsylvania and later served on the FDA HEW panel of OTC Topical Analgesics.

Dr. Buerk served as President of the Philadelphia branch of AMWA and held many national roles in AMWA—Chair of the Student Loans, Fellowships, and Grants Committee, the Nominating and Election Committee, and the Medical Education and Research Fund Committee. As a part of the Executive Board, she was Councilor of Research, Education and Training, Treasurer (1968), First Vice President (1969), and President in 1971. She also served on the Board of Directors for the American Women’s Hospital Service. She was awarded the Elizabeth Blackwell Medal by AMWA in 1978.

Dr. Buerk was recognized on the international stage for her work as well, honored as one of six “Distinguished American Women” by the Government of France. She became the National Corresponding Secretary of the Medical Women’s International Association from 1973 to 1975. In 1974, she was Vice-President of North America for MWIA.

In 1977, Daughters of the American Revolution awarded Dr. Buerk the Americanism Medal, their highest national award for outstanding leadership, patriotism, trustworthiness, and service. Outside of medicine, she had many pursuits, including membership in the Cosmopolitan Club of Philadelphia. She was a great musician–having been a concert pianist before entering medicine, lover and creator of art, active gardener, gourmet cook, and avid traveler. As a research associate in the Department of Malacology at the Academy of Natural Sciences of Philadelphia, she went on several international expeditions (Madagascar, Grenada) to collect marine mollusks. These excursions were to become a favorite hobby.

“Medicine is a very demanding career, but it’s also one of the most gratifying, both intellectually and emotionally. That’s why it’s a natural for women.” – Minerva Buerk