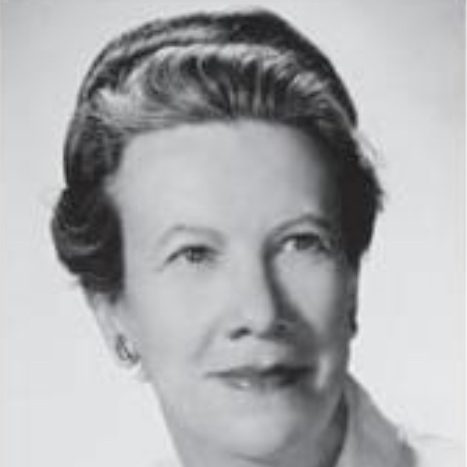 Margaret Schneider, MD (1905-2002) made great strides in empowering women to pursue medicine throughout her many years of service to AMWA, including presidency in 1966. A graduate of Wittenberg University in 1926, she first began a career as a dietitian. An assignment as cafeteria manager at the University of Cincinnati College of Medicine exposed her to the medical field and altered her vocation, leading her to enroll as a medical student there. She continued to work as manager of the cafeteria throughout medical school, completing her MD in 1939.

After her residency in internal medicine at Cincinnati’s Jewish Hospital, she taught physiology at the Cincinnati Medical College, achieving the rank of Assistant Professor before her departure in 1951. While she built her career as an educator, she maintained a private practice affiliated with Deaconess, Jewish, and St. Francis Hospitals in Cincinnati. She served in the cardiac clinic of Cincinnati General Hospital and the Planned Parenthood Clinic and also covered the practices of two internists in a nearby suburb who had been called to military service during World War II.

Dr. Schneider’s expertise in geriatrics earned her a place on the board of the White House Conference on Aging. She also served on the Medical Review Committee of the state of Ohio for nursing homes in Hamilton County supporting Medicaid patients. She was a member of various professional associations–the Academy of General Practice, the Cincinnati Academy of Medicine where she served as chair of the Necrology Committee, the Ohio State Medical Society, and the American Medical Association.

Her involvement with AMWA began with Branch #11 in Southwestern Ohio, where she took on multiple leadership positions including President of the Branch. At the national level of the organization, she served twice as Chairman of the Finance Committee as well as Treasurer, Vice President, and President in 1966. She was awarded the Elizabeth Blackwell Medal for her service to AMWA in 1969.

Outside of medicine, Dr. Schneider was President of the Zonta Club and President of the First Lutheran Church Council. She was married to Joseph W. Austin and enjoyed cooking, travel, bridge, needlework, and theater.