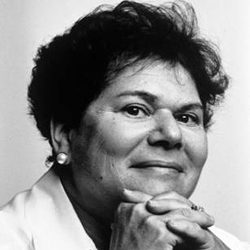 Lila Stein Kroser, MD was at once a solo-practice local family doctor in northeastern Philadelphia and a leader in national and international medicine. She was one of few physicians to have held local, state, national, and international presidencies in organized medicine. Dr. Kroser was past president of both the Medical Women’s International Association (MWIA), a nongovernmental branch of the United Nations, and the American Medical Women’s Association (AMWA).

A fellow of the American Academy of Family Physicians, Kroser founded Friends of the American Medical Women’s Association in 1977. In 1999, she was awarded the Elizabeth Blackwell Medal, AMWA’s most prestigious honor, given to a female physician who has achieved recognition as a leader in women’s health, influenced the role of women in medicine, and made exceptional contributions to the image and empowerment of women in medicine.

Dr. Lila Stein Kroser also had the distinction of being the third woman in 150 years to become president of the Philadelphia County Medical Society and was the second woman to serve as president of the Pennsylvania Academy of Family Physicians.

In addition to her private practice, Dr. Kroser was a clinical assistant professor at Hahnemann School of Medicine (Medical College of Pennsylvania). She and her husband, family physician Al Kroser, had three children and were the proud parents of two doctors and a lawyer.