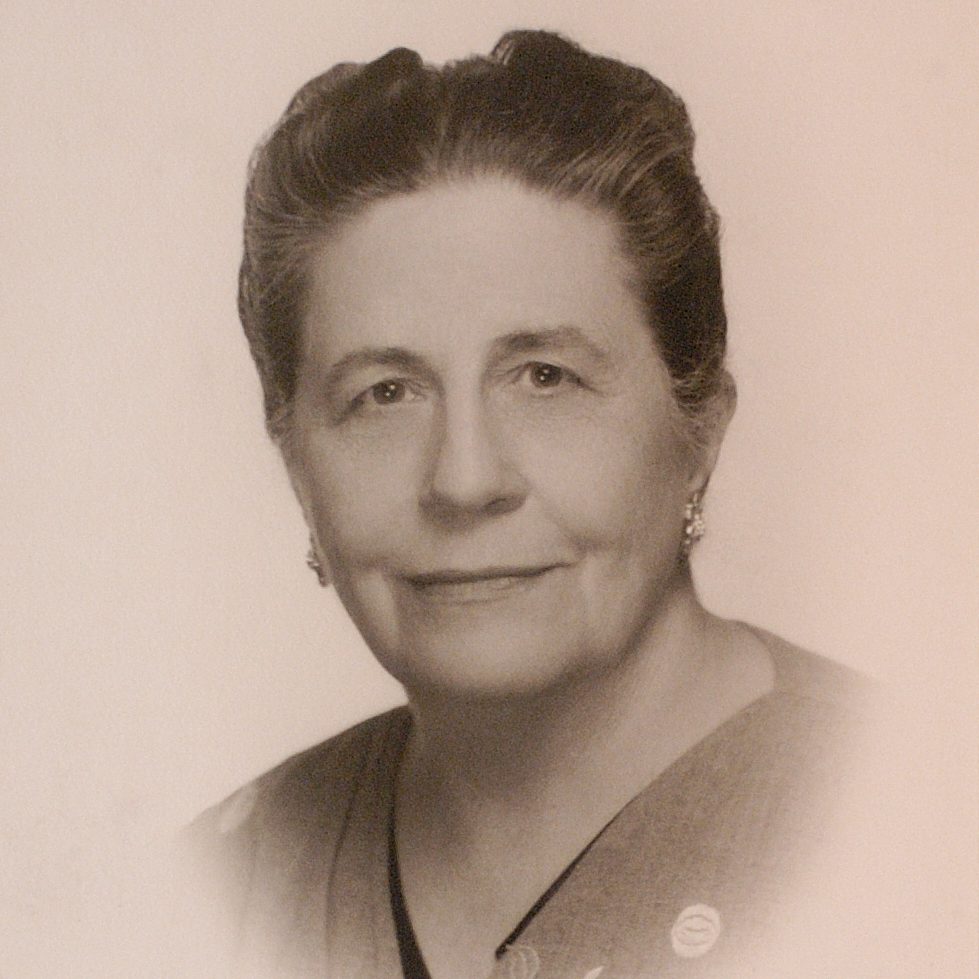 Katharine W. Wright, MD (b.1892) was a psychiatrist and dedicated leader of the American Medical Women’s Association. She received her BS from the University of Wisconsin and her MD from the George Washington University School of Medicine in Washington, D.C. She came from a lineage of women who broke barriers during their time. Her grandmother, a suffragist and the daughter of Judge C.B. Waite of Chicago, studied law after her five children were partly grown, so that she could help advocate for women’s rights. Her mother, Jessie Waite Wright—also a suffragist–was in the first class of women who graduated from the University of Chicago. Her father, Dr. George H. Wright was a country physician. During World War I, Dr. Katharine Wright was eager to serve overseas, but her application was not accepted because she was a woman.

Dr. Wright practiced at Elgin State Hospital in Illinois from 1940 to 1943 and served as a research assistant in psychiatry at the University of Illinois from 1942 to 1946, becoming board certified by the American Board of Neurology and Psychiatry in 1945. She was an associate at the Psychopathic Hospital and a neuropsychiatric consultant at the Mary Thompson Hospital in Chicago, where she served as director of the Mental Hygiene Clinic. She was also an associate in the Department of Neurology and Psychiatry at Northwestern University and a fellow of the American Psychiatric Association and the Institute of Medicine in Chicago.

Dr. Wright’s involvement in AMWA began in 1936. She served as President of Branch 2, Chicago, Director of the Northeast Central Region of AMWA, and nationally as Chairman of the Lectureship Committee, Parliamentarian under 7 administrations, Recording Secretary, and eventually President of the national organization in 1958. She represented AMWA at many European meetings of the Medical Women’s International Association (MWIA) and served as one of five AMWA councilors at the Eighth Congress of MWIA and Vice-President of the Americas for MWIA from 1958 to 1966. She was awarded the Elizabeth Blackwell Medal in 1969 for her contributions to furthering women in medicine.

“There are none of us who achieve our goals in life with completely smooth sailing.”  — Katharine Wright