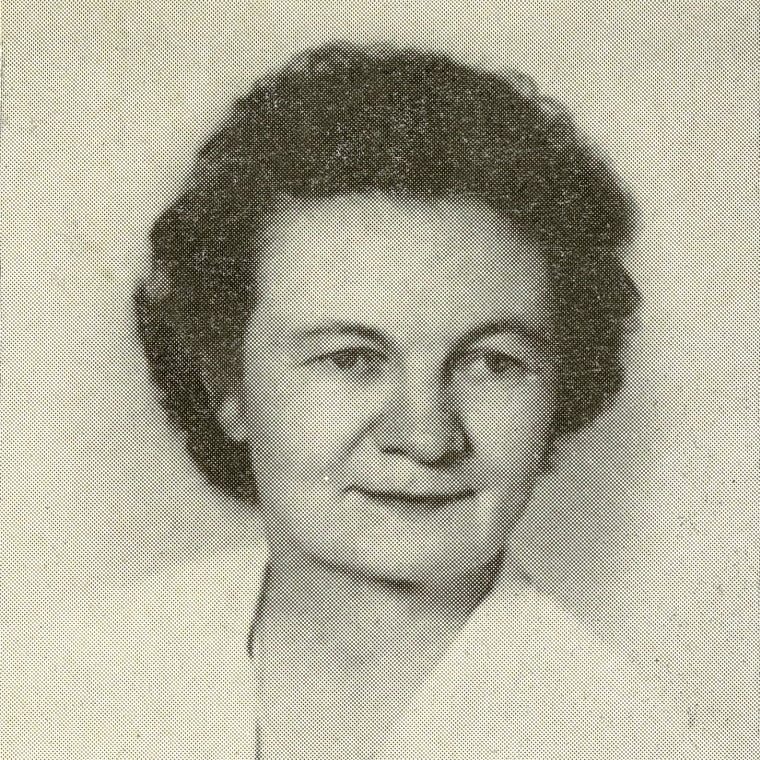 Judith Ahlem, MD received her medical degree from the Medical School of the University of Southern California in 1921 and pursued postgraduate studies in psychiatry at the University of Vienna Alfred Adler School of Psychology, graduating in 1926. She completed an internship at Alameda County Hospital and residencies in California and Michigan at the Arroyo Del Valle Tuberculosis Sanitarium and Traverse City State Hospital. For many years, she practiced at the Livermore Sanatorium for Nervous and Mental Disease in Livermore, California, eventually becoming the senior psychiatrist there. She later moved to Alaska and became director of the Mental Health Clinic in Anchorage. Over the course of her career, she lectured extensively on mental health and socialized medicine.

She was president of the American Medical Women’s Association from 1953-1954 and was awarded AMWA’s Elizabeth Blackwell Award in 1962.

She was born to Nordic parents on the Winnebago Indian Reservation in Nebraska where she lived until the age of 7 when her family moved to central California. She was the oldest of six children who learned to help out on the California ranch, where they raised everything from cattle to nuts. During her last year in high school, she was once left in charge of supervising her five younger siblings (the youngest only 3 years old), running the ranch, and going to school while her parents were on a prolonged trip to Europe.

She married Walter T. Nilson, an attorney, and had a son and two daughters. Her interests included social anthropology, poetry, painting, and travel. She was active in the Alameda County Medical Society and was the first president of the Soroptomist Club of Livermore.

On Christmas Eve, 1928, she was a passenger on a bus which skid on the ice. She suffered multiple injuries and had to have an artificial leg. In a Washington Post interview in 1954, she reflected, “I knew that I’d never again be able to hike or swim—things that had meant a great deal to me. But I also knew that what happens to you isn’t important. What does matter is how you react to life’s ‘slings and arrows.’”