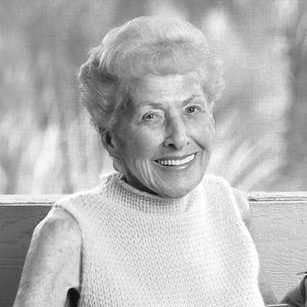 Jane Hodgson, MD was a pioneer in the abortion rights movement, challenging the legal system and improving the availability of gynecologic and reproductive care to all women through free-standing clinics. Through her clinical work in Minnesota, and traveling in Africa and the Middle East, she became acutely aware of how women suffered from illegal abortions and poorly managed medical care. As a result, Dr. Hodgson devoted her life to the protection of reproductive choices for women.

Born in Crookston, Minnesota in 1915, Jane Hodgson married physician Frank Quattlebaum in 1940, and the couple had two daughters. Most of her career was spent in Minnesota, including her private practice from 1947 to 1972, and as medical director of the Fertility Control Center at St. Paul Ramsey Hospital from 1974 to 1979.

In 1947, Dr. Hodgson was overwhelmed with patients who, she observed, had little control over their reproductive lives. She counseled many women who were unable to conceive, along with those who were faced with unwanted pregnancies. Her early research included pregnancy-testing methods and in 1952 she became a Founding Fellow of American College of Obstetrics and Gynecology (ACOG).

During the early 1960s, Dr. Hodgson saw examples from around the world that convinced her of the need to protect women’s reproductive rights. She toured hospitals in Tanzania in 1961, then served three tours of duty on the Project Hope ship to Peru, Ecuador, and Nicaragua in the 1960s. Dr. Hodgson realized that “a woman’s place in society was directly related to the availability of abortion services, contraception, and family planning services. In countries where it was all illegal, women were much were worse off as far as their overall rights, health care, and poverty levels.”

In 1970, before the 1973 Roe versus Wade decision granting women rights in their reproductive choices, Hodgson challenged Minnesota’s restrictive abortion laws when a twenty-three-year-old mother of three who had contracted rubella early in her fourth pregnancy wanted an abortion. Hodgson became the first doctor convicted of performing an abortion in a hospital (Hodgson v. Minnesota). In 1990 the US Supreme Court issued a decision supporting her position. Her testimony has been heard in courtrooms all over the country in the struggle for abortion rights, and in Canada it was instrumental in the legalization of abortion in 1988. Dr. Hodgson was a leading proponent of moving abortions out of the hospital operating room, thereby decreasing the risks associated with surgical anesthesia. She established numerous freestanding clinics offering the best in gynecologic and reproductive care, including safe outpatient abortions.

She served as medical director of the Preterm Clinic in Washington, D.C. from 1972 to 1974, and made many tours for Project Hope, most recently in Grenada in 1984, and as visiting professor at Zheijiang Medical University in the People’s Republic of China from 1985 to 1986.