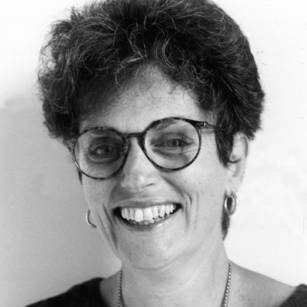 Born in New York City, Karlin graduated from the prestigious Bronx High School of Science when she was 16 years old. She earned her bachelor’s degree from Antioch College in Ohio, and an M.D. from the University of Wisconsin-Madison Medical School. After working abroad as a general practitioner in Tanzania, she returned to Madison to establish a practice in internal medicine.

In 1990, however, her practice was to change. Her friends, concerned about the lack of local doctors with training, encouraged her to become an abortion provider, which she did after studying with a fellow physician in Madison. As director of the Women’s Medical Center on Madison’s West Side, she offered, in her words, “a full range of medical care and counseling to women who largely have no other access to health care…who least expect kindness, excellence or even cleanliness.”

The mother of two children, Karlin consistently asserted her belief in the value of motherhood and family, while fighting to preserve women’s reproductive rights. “I don’t do abortions because it’s a filthy job and somebody has to do it,” she explained in a 1995 New York Times article. “I do them because it is the most challenging medicine I can think of. I provide women with nurturing, preventive care to counteract a violent religious and political environment. I hope to do it well enough to prevent repeat abortions.”

Through the 1990s, Karlin was both praised and reviled for her public pro-choice stance. In 1992, she was honored as “feminist of the year” by the Wisconsin chapter of the National Organization for Women. At the same time, anti-abortion protestors repeatedly vandalized her clinic. She was the target of constant harassment and abuse. She was forced to wear a bullet-proof vest and hire security to protect her clinic and staff.

Karlin’s involvement with the Center for Reproductive Law and Policy began in 1996, when she became one of four named plaintiffs in the case of Karlin versus Foust, which challenged Wisconsin’s mandatory delay and “informed consent” law requiring a waiting period and counseling for women seeking abortions. Shortly after her death, he Seventh Circuit of the U.S. Court of Appeals ultimately upheld the Wisconsin law in 1999.

Elizabeth Karlin died in 1998 at age 54, at her home in Arena, Wisconsin, only a few months after being diagnosed with a brain tumor. U.S. Health and Human Services Secretary Donna Shalala, a close friend of Karlin’s from her days as chancellor of the University of Wisconsin, visited her during her illness and was vocal in her praise. Her friend and journalist Molly Ivins called her “one of the most life-affirming people I’ve ever run across.” The University of Wisconsin Foundation commemorated Karlin with the Elizabeth Karlin Fellowship in Women’s Health. awarded to women who train to become leaders in women’s health and women’s health research.