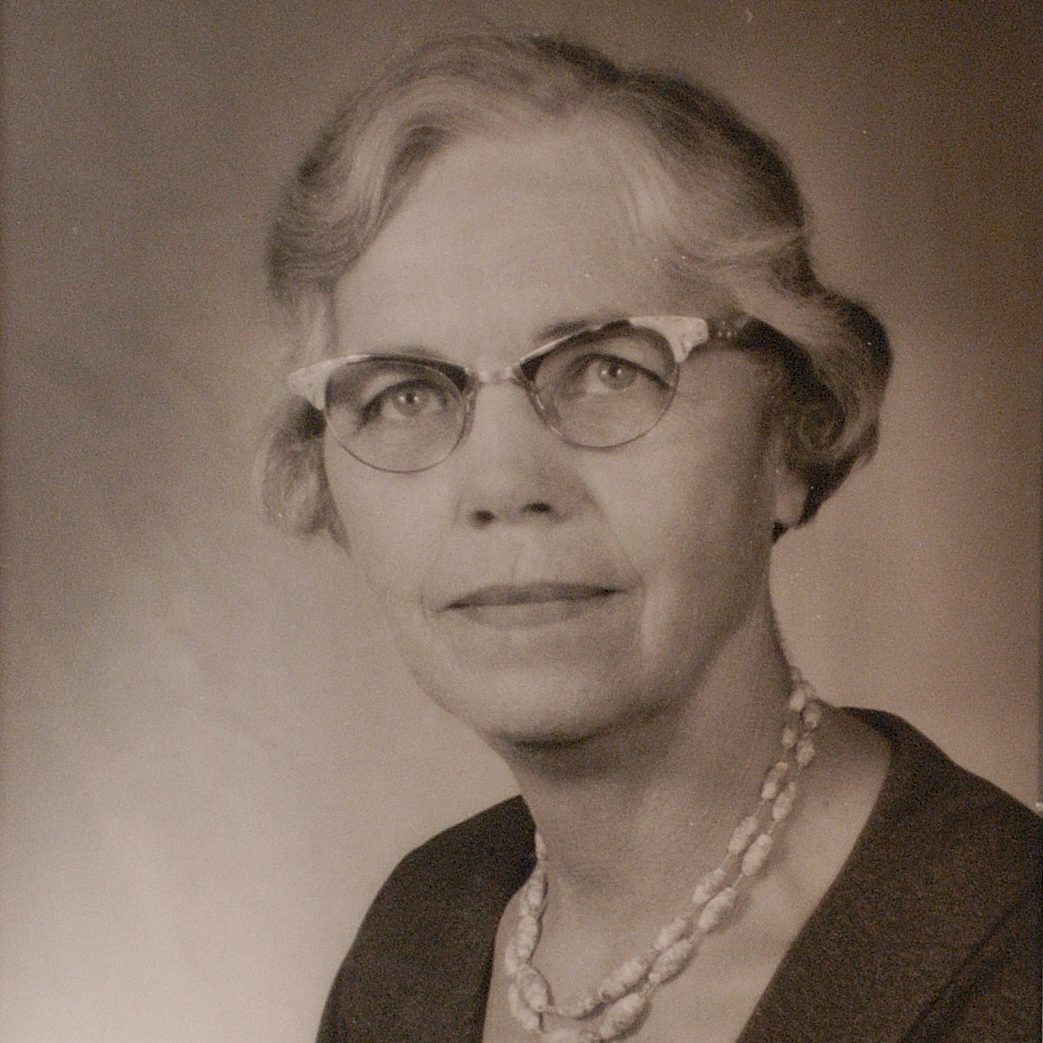 Edith Petrie Brown, MD graduated from Westminster College in 1923 and received her medical education from the George Washington University Medical School, where she graduated first in her class (1927) and received a prize in Obstetrics. She interned at Grace Hospital in Detroit and completed a residency at Children’s Hospital in Washington D.C. in 1929.

Requiring employment to pay her way through college and medical school, she worked as a calculating machine operator at the U.S. Fuel Administration, as an auditor in the War Department and a patent examiner at the U.S. Patent Office.

Dr. Brown began to serve as a surveyor for the Joint Commission on Accreditation of Hospitals in 1964. She continued her career in Arizona, serving as resident physician at Sage Memorial Hospital and Pima County Hospital. While in Arizona, she also conducted pediatric clinics for babies. In 1974, she became a consultant for the Arkansas State Health Department. Dr. Brown also practiced missionary medicine in Kenya, West Pakistan, Afghanistan, and Liberia.

Under the auspices of the United Presbyterian Church, Dr. Brown and her sister Mary Meyer launched an immunization program that successfully immunized 34,000 children against a virulent strain of measles, resulting in a significant reduction in the incidence of measles in Kenya. After retirement, she volunteered for several medical missions to Kenya, Ethiopia, Pakistan, and Afghanistan – and marveled that at age 70, she would finally fulfill her childhood dream of being a missionary. In 1974, she was the recipient of the Westminster College Humanitarian Award, the highest alumni award from the college.

Outside of medicine, Dr. Brown was active in the Bedford Zonta Club and the Bedford Methodist Church. She enjoyed gardening, art, and photography and won awards for photography and needlework. She was married to William H. Brown who was Assistant Secretary and a patent attorney for the Harhaw Chemical Company. They had two children, Margaret (Ackerman) and Stanley, and raised a young girl from Korea. William Brown passed away in 1969, and years later, she married Howard Ray Osler, a retiree from the Boeing Co.