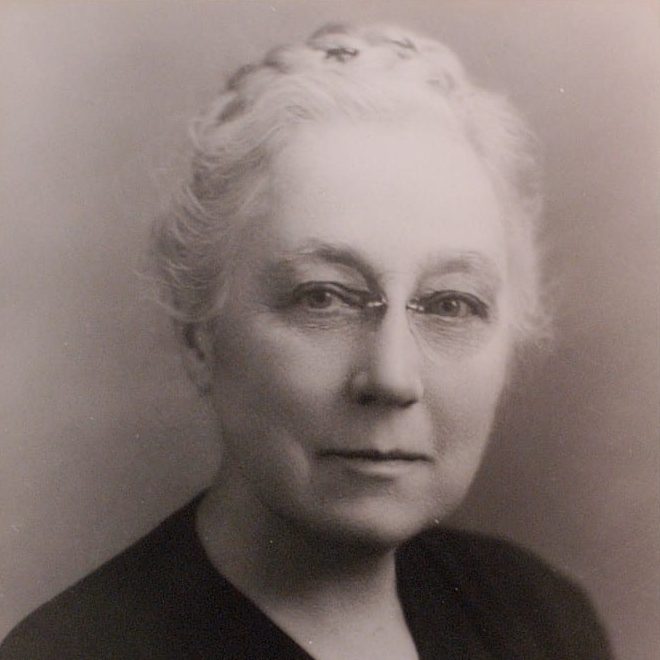 Catharine MacFarlane, MD helped to bring better care to women when she established one of the nation’s first uterine cancer screening programs and actively promoted cancer-screening for women. She was also the first woman fellow of the College of Physicians of Philadelphia and the first woman president of the Obstetrical Society of Philadelphia.

Born in 1877 near Philadelphia, Catharine MacFarlane was an only child. She credited her mother with inspiring her choice of profession, describing her as woman of “rare wisdom and judgment.” Dr. MacFarlane lived with and cared for her mother until she died in 1957 at age 101.

In 1936, Dr. MacFarlane was appointed to head the Medical Women’s National Association (renamed the American Medical Women’s Association in 1937), and was the first woman president of the Obstetrical Society of Philadelphia in 1943. After co-founding the Cancer Control Research Project at the Woman’s Medical College of Pennsylvania in 1938, she went on to help establish the first uterine cancer screening program in Philadelphia—one of the earliest such programs in the nation. Combining her research career with teaching, during Dr. MacFarlane’s extraordinarily long tenure at the Woman’s Medical College of Pennsylvania she advanced from instructor in obstetrics in 1898 to professor of gynecology in 1922 and in 1942, research professor of gynecology.

Catharine MacFarlane, affectionately known as “Doctor Kitty Mac,” dedicated her life to medicine as a physician, educator, and medical researcher. In 1893, at the age of 16, she entered the University of Pennsylvania, where she completed a two-year course in biology. Four years later, at age 23, she earned her M.D. from the Woman’s Medical College of Pennsylvania. She did postgraduate work in gynecological urology at Johns Hopkins University, and during several European tours studied with some of the world’s leading experts in obstetrics and gynecology. Often described as a dignified woman with a formidable intellect and temper, she was a pioneer in the detection and treatment of uterine cancer. Always one to speak her mind, Catharine MacFarlane also strongly advocated women’s right to vote and to obtain birth control, often supporting these controversial causes in public, including an appearance with Margaret Sanger at the first Pennsylvania State Conference on Birth Control in 1922. The central aspect of Dr. MacFarlane’s professional life, however, was her commitment to research and to medical treatment and training for women.

Throughout her career, Dr. MacFarlane was tenacious in her support of medical treatment and education of women. While attending the Medical Women’s International Association meeting in Scotland in 1937, for example, she suggested to a colleague that a periodic pelvic exam for asymptomatic women would be the best way to discover pelvic cancer in its earliest and most curable phase. But her suggestion was discouraged. According to, Dr. Louisa Martindale, the association’s president, few women would consent to be examined for a disease for which they had no symptoms. In her memoirs, recorded in Transactions and Studies of the College of Physicians of Philadelphia, Dr. MacFarlane returned home determined to prove that women would participate in the preventive care programs she advocated.

In 1942, at age 65, Dr. MacFarlane turned down an emeritus position and instead accepted the Woman’s Medical College of Pennsylvania’s offer to become a research professor, a position she held until her death in 1969.

Recognizing her later success in establishing cancer screening programs for women, Dr. MacFarlane received the Gimbel Award for humanitarian service in 1949 as well as the coveted Lasker Award for Clinical Medical Research in 1951—one of the world’s most distinguished medical research awards.

Dr. MacFarlane managed to find the time to practice medicine, maintain a gynecological practice in the suburbs of Philadelphia, and make house calls on her patients. She even continued to perform surgery into her 90s. In the words of a former student and colleague, she was a woman with “a keen mind, a tremendous sense of duty, a delightful sense of humor, and a superb self-confidence.”