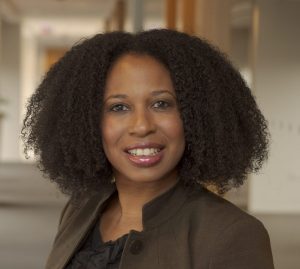 Aletha Maybank, MD, MPH currently serves as the Chief HealthEquity Officer and Group Vice President for the American Medical Association (AMA) where she focuses on embedding health equity across all the work of the AMA and leading the Center for HealthEquity. She joined the AMA in April 2019, to launch AMA’s Center for Health Equity as their inaugural Chief Health Equity Officer. Prior to joining the AMA, Dr. Maybank served as the Founding Deputy Commissioner for the Center for Health Equity at the NYC Department of Health and Mental Hygiene (2014). Aimed at strengthening equity efforts and transforming organizational culture, the Center became a model of success recognized by NYC leadership, the Centers for Disease Control and Prevention and the World Health Organization. She was instrumental in infusing equity at the neighborhood level and advancing the Department’s place-based approach to addressing health inequities. She also set precedence with groundbreaking work at the Office of Minority Health in the Suffolk County Department of Health Services (2006) while serving as the Founding Director.

Dr. Maybank has taught medical and public health students on topics related to health inequities, public health leadership and management, physician advocacy, and community organizing in health. In 2012, along with a group of Black woman physician leaders, Dr. Maybank co-founded “We Are Doc McStuffins”, a movement inspired by the Disney Junior character Doc McStuffins serving to shine a light on the critical importance of diversity in medicine.

She is a highly sought-after health expert in media appearing on national and influential media outlets such as NPR, MSNBC, NewsOne, Roland Martin, the Lancet, Journal of the American Medical Association to name a few. More recently, due to her leadership in the COVID response efforts, she has been interviewed by Oprah Winfrey and authored the New York Times Op- ed, “The Pandemic’s Missing Data” to bring more awareness to the structural inequities in the United States. She moderates the AMA bi-weekly web series, “Prioritizing Equity” that elevates the voices and stories of physicians centering equity in COVID-19 response efforts.

Dr. Maybank holds a BA from Johns Hopkins University, a MD from Temple University School of Medicine, and a MPH from Columbia University Mailman School of Public Health. She is a pediatrician and preventive medicine/public health physician.