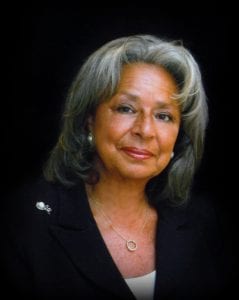 Vivian W. Pinn, MD, was the first full-time director of the Office of Research on Women’s Health at the NIH from 1991 until her retirement in 2011. She was previously professor and chair of Pathology at Howard University and has held teaching appointments at Harvard Medical School and Tufts University. She has presented her perceptions of women’s health and sex/gender research, minority health and health disparities, as well as challenges in biomedical careers, to audiences both nationally and internationally. She is a fellow of the American Academy of Arts and Sciences and a member of the National Academy of Medicine. A graduate of Wellesley College and the University of Virginia School of Medicine, she received her post-graduate training in Pathology at the Massachusetts General Hospital. She has held leadership positions in many professional organizations, including as President of the National Medical Association (NMA). Dr. Pinn currently serves on the Board of Trustees/Advisors of Thomas Jefferson University and Tufts University School of Medicine. She has received numerous honors including lectures in women’s health research named for her at the NIH, the Women’s Health Congress, and the NMA. UVA recently named its medical school research and education building in her honor.