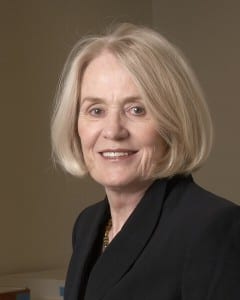 Dr. Guinan received her PhD in Physiology/Biochemistry from the University of Texas Medical Branch, Galveston, Texas and her MD from Johns Hopkins School of Medicine. She is Board certified in Internal Medicine, Infectious Diseases and Preventive Medicine and Public Health. She started her career in medicine at the Centers for Disease Control and Prevention (CDC) in the Epidemic Intelligence Service’s training in the surveillance and containment of disease outbreaks and served in the smallpox eradication program in India. Later at CDC she focused her research on sexually transmitted disease and was part of the Task Force that investigated the first cases of the emerging AIDS epidemic in 1981. She published the first study on AIDS in women in the U.S. After a 22 years at CDC where she eventually became the first woman to serve as the chief scientific advisor to the CDC director, she began a second career as the Nevada State Health Officer. She was then recruited to the University of Nevada Las Vegas as founding Dean of the School of Public Health. In 2014 she retired and began writing her first book about her CDC career entitled “Adventures of a Female Medical Detective” which will be published in March, 2016 by Johns Hopkins University Press. She has been an AMWA member for over 40 years and served in many leadership positions including president (2011-2012).