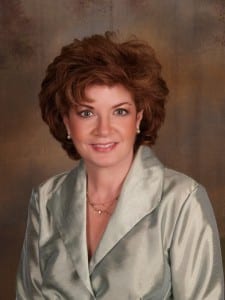 Ana Viamonte Ros, M.D., M.P.H., is Associate Dean for Women in Medicine and Science at the FIU Herbert Wertheim College of Medicine and Director of Medical Staff Development at Baptist Health South Florida.

Dr. Viamonte-Ros was Florida’s first State Surgeon General and the first woman and Cuban American to serve as head of the Florida department of Health from 2007-2011. Her primary responsibility was to oversee one of the U.S. most comprehensive, complex public healthcare systems, and Florida’s largest single clinical enterprise. Charged by Florida’s Governor, she acted as the state’s leading advocate for wellness and disease prevention, achieving multiple victories in leading the state to higher levels of awareness and action on women’s health issues.

She is an advocate with a solid track record of recognition and advancement of women’s involvement and contributions to medicine at multiple levels. As a proponent of opportunity and a champion of action, in her role at FIU HWCOM, she is working to implement an innovative development platform for women workforce that merges both opportunity and action: an outcomes-based coaching program to ensure attainment and evaluation of short-term professional goals. Her vision is for this program to be the conduit by which women at FIU HWCOM realize the mission of the AAMC Group for Women in Medicine and Science (GWIMS) to “advance the full and successful participation and inclusion of women in all roles within academic medicine.”

Dr. Viamonte Ros earned her medical degree in 1983 from the University of Miami School of Medicine, graduating with several awards and honors. In 2005, Dr. Viamonte Ros received her Master of Public Health degree from the Harvard School of Public Health, where she was the recipient of the Gareth Green Award for Excellence in Public Health, the highest student award. She is a dedicated community volunteer, serving in programs such as the Camillus House Homeless Initiative in Miami, the Health through Walls Organization in the Caribbean, and the Brookside Community Health Center in Massachusetts. She has written several articles concerning HIV care, nursing, mental health and radiology and has received honorary doctorate degrees from Nova Southeastern University and Lake Erie College of Osteopathic Medicine.